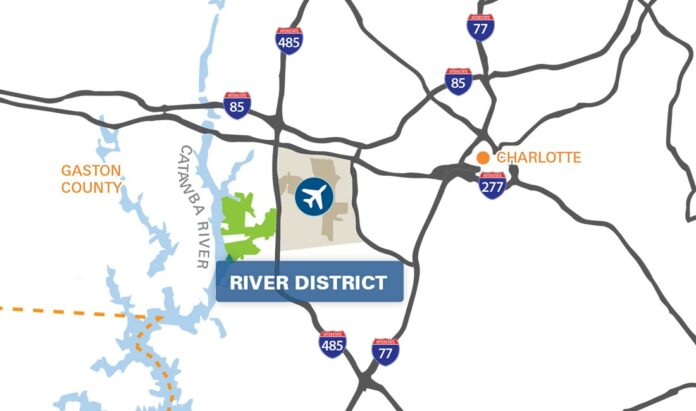 Charlotte’s Crescent Communities is planning a massive project in one of Mecklenburg County’s last pockets of serene, undeveloped land, reflecting the company’s strong rebound since filing for bankruptcy protection in 2009 and reorganizing a year later. The developer is partnering with Lincoln Harris on the proposed River District, hoping to add thousands of homes, shops, hotels and offices on 1,300 acres between Charlotte Douglas International Airport and the Catawba River.

It’s the latest sign of a newly aggressive Crescent. As a division of Duke Energy, the old Crescent Resources helped turn Lake Norman into a residential housing hotspot before expanding into other Southeast markets. Duke sold a 49% stake in Crescent to a Morgan Stanley-related real-estate fund for $1.4 billion in 2006, just in time for the 2007-09 recession. The company has rebounded with the housing market, with revenues tripling between 2012-14. It is investing heavily in downtown Charlotte with a Whole Foods Market-led retail center under construction and an office tower and large mixed-use project proposed in the Second Ward neighborhood.

Located 10 miles from downtown, River District will be more geared to walking and cycling and less car-oriented than Charlotte’s other suburban sites, such as Bissell’s Ballantyne area, says Brian Leary, Crescent’s president of commercial and mixed-use. It also hopes to include significantly more open space, which he says inevitably enhances property values.

The financial power and political influence of Crescent and Lincoln Harris, also based in Charlotte, provide the project lots of momentum. Lincoln Harris controls land near Interstate 485 and the airport, making it a logical partner on the plan. But no matter who develops the land, giving sparsely populated west Mecklenburg and adjacent Gaston County an economic boost is necessary, Leary says.

“If the city of Charlotte owned all the land itself and said, ‘Where is our next quadrant of growth?’ they’d be doing the same thing, putting a ton of density on it because they need to drive jobs,” he says.

TIGER 21 launched its first North Carolina chapter in Charlotte. Started in New York in 1999 by Michael Sonnenfeldt, an entrepreneur with a background in commercial real estate, TIGER 21 convenes high net worth investors to exchange wealth-management ideas and expertise in a confidential setting. Annual fees are $30,000. TIGER 21 has chapters in 23 cities, and its more than 400 members manage a combined $40 billion in personal assets. Chris Cecil, president of Biltmore Family Office, a Charlotte-based financial adviser to affluent families and business owners, is chairman of the Charlotte chapter. Cecil, 50, is a UNC Chapel Hill graduate and previously worked for JPMorgan and GenSpring Family Offices. He is the great-grandson of Biltmore Estate builder George Vanderbilt and the son of Asheville real-estate developer George Cecil (“Family tradition,” May).

CHARLOTTE – Endo Pharmaceuticals is closing its local plant as part of restructuring U.S. generic drug operations and will lay off 390 people. The Dublin, Ireland-based drugmaker acquired the plant from Qualitest Pharmaceuticals in 2010.

CHARLOTTE – Jon McConnell joined Cornelius-based Aquesta Bank as a Charlotte city executive to promote the bank’s growth in the region. He comes from BB&T, where he was a commercial real-estate relationship manager. Aquesta has seven branches in the Charlotte region and plans to open a branch in Wilmington this month.

CHARLOTTE – Passport raised $8 million in a financing led by MK Capital with participation from Grotech Ventures and Relevance Capital. The startup develops software that allows people to pay for parking spaces using its mobile app. Passport has raised a total of $17 million since it was started in 2010.

MAIDEN – Delta Apparel will close its local textile plant, putting about 160 people out of work. The Greenville, S.C.-based company is moving production to its factory in Honduras. Delta is the parent of Fayetteville-based Soffe, which lost textile jobs to Honduras and Maiden about five years ago. Soffe recently picked up work when Delta moved distribution of its Salt Life brand from Alabama to Fayetteville (“Teeing up jobs,” March).