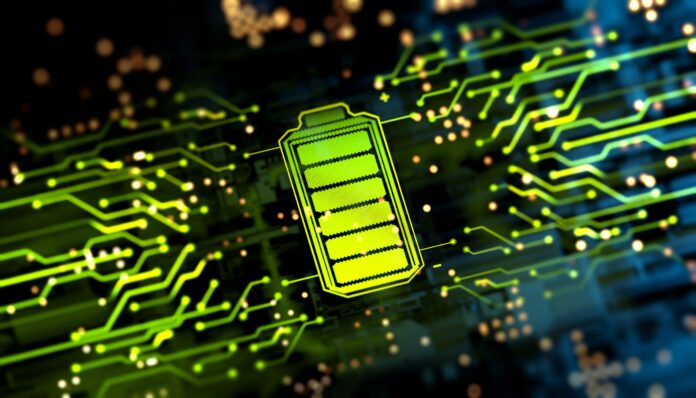 Last week, I talked with Dr. Michael Mazzola, the executive director of EPIC, the Energy Production & Infrastructure Center at UNC Charlotte, about the future of electrical energy and EPIC’s role.

Charlotte is a banking city, but it is also the crossroads of the electric power industry, with the headquarters of Duke Energy and the presence of other major players in the sector.

EPIC was created as a public-private partnership in UNC Charlotte’s William States Lee College of Engineering to help the industry develop its next generation of highly skilled workers.  It is also where people like Mazzola are thinking about how the electric industry is going to provide reliable power with a lot more solar and wind generation.

Running an electric utility will be more complicated, and the next generation of engineers is learning how at places like EPIC. (And at Duke, ECU, N.C. State, North Carolina A&T, and UNC Chapel Hill. N.C. State is home to the FREEDM Systems Center, which was set up to help modernize the nation’s electric grid).

Mazzola, who has a Ph.D. from Old Dominion University in electrical engineering, came to UNC Charlotte in 2017 from Mississippi State University, where he was associate director of the Center for Advanced Vehicular Systems.  He also holds the Duke Energy Distinguished Chair in Power Engineering Systems.

EPIC was created to address a problem facing the power industry 15 years ago, an aging workforce, as the sector also faced the challenge of phasing out fossil fuels amid growing concern about global warming.

“These executives knew that there were going to be huge amounts of work to do in the coming decades,” says Mazzola, “and they were very concerned about workforce.  Where was that workforce going to come from?”

The workforce problem had its roots in the movement to deregulate and introduce competition into a vertically integrated, historically monopolistic power industry. “All of these utilities had not been hiring new people because they thought they were going to be kind of going the way of AT&T, be broken up and have to view their businesses as being at least partially competitive.  And much of that did not happen,” says Mazzola.

“And as a result, they were very concerned about the fact that it was still going to be their responsibility to keep the lights on, completely from the energy sources all the way down to the meter, and because of that they need to continue to plan for a workforce like they traditionally had.”  But universities had been scaling back as well, replacing retiring nuclear engineering faculty, for example, with specialists in semiconductors, or computing. “Engineers who got a more general education were not really prepared for the energy industry, and that’s what, in some cases, C-level executives were seeing in the workforce they recruited.”

“They went to the state of North Carolina, the legislature, and said, ‘We need to reverse that trend,’” says Mazzola. “And we need it to be reversed at UNC Charlotte, because that’s not just a hub of the energy industry in North Carolina, it’s the hub of the energy industry in the United States. Not the fossil fuel one but the electric power one.”

The legislature saw a growing energy industry with 240 companies and 26,000 employees in the Charlotte area. At a time of uncertainty for the region’s banking sector,  a public-private partnership came through with planning and construction funds for a $76 million facility in the university’s engineering complex. Founding partners like Duke and Siemens Energy came up with $8.8 million, Westinghouse Electric more than $3 million and AREVA kicked in more than $2 million.  The legislature provided funds for the equivalent of 20 new faculty positions.

The 200,000-square-foot EPIC building opened in 2012 in UNC Charlotte’s engineering complex, with a deliberate multi-disciplinary focus. Two departments are housed there: electrical and computer engineering, and civil and environmental engineering. The industry’s presence can be seen throughout, in the Duke Energy Smart Grid Lab, the Siemens Large Manufacturing Lab, and the Framatome Power Systems Teaching Lab.

electric power system that provides affordable, reliable and emissions-free energy. The state’s directive to utilities to combat climate change, which became law in October, requires them to reduce their CO2 emissions in 2030 by 70%, from 2005 levels, and to be carbon-neutral by 2050.  “Carbon neutral” means that if a ton of CO2 goes into the air, the utility has to remove or otherwise offset it with an equal amount. The N.C. Utilities Commission, working with the companies, has to come up with a plan by the end of this year on how to do this.

This is a hard project, to design, build and manage a dependable, affordable carbon-neutral power system.

“Right now, we have an incredibly effective system that is reliable and affordable,” says Mazzola.  “But it is not constrained to be net carbon zero.” 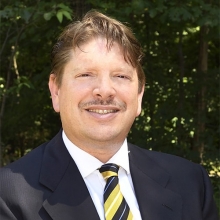 Mazzola and his colleagues are developing a proposal to secure National Science Foundation funding for an engineering research center focused on tools, models and simulations to help develop such a net-zero system. It would be called NETZCC – Networked Electricity Targeting Zero Carbon Communities, and would be a partnership with N.C. State, N.C. A&T and Clemson.

The NSF has already provided a nearly $100,000 planning grant for the project.

NETZCC wants to help design an electric energy system for 2030 and beyond that requires both engineers and specialists in behavioral science, power systems, high-performance computing, data science, environmental economics, public policy and more. This broad collaborative effort is required because “there is no base of modeling and simulation tools, methods, or experience to support such an unprecedented effort,” the planning grant abstract said.

Solar and wind have made this more complicated. Utilities have traditionally generated what’s known as dispatchable power, with fossil fuel, nuclear and even hydroelectric plants that could be turned on as needed.  Renewable energy — solar and wind — is typically available when the sun shines and the wind blows. It is uncertain how quickly and widely large, grid-scale batteries will be deployed to store up solar and wind energy. And new transmission lines and infrastructure will be needed to bring offshore wind power to inland population centers like the Triangle, Charlotte and the Triad.

“What we are going to have to ask people to do in the future is to ask them to potentially use energy in a way that reflects the availability of energy on the system. That’s the new social contract with the energy supply.”

Therein lies the research problem that will study how to “incorporate human behavior in the design of an engineered system that we can still, with a high degree of certainty, say will work? No one knows how to do that.” Mazzola says.

The new center will engage people “that engineers like me would never have talked to before” such as social scientists who study behavior.

One big question is with what’s known as “demand response.”  An International Energy Agency report in October gave a sober glimpse of this. Right now, steps like a utility briefly turning up thermostats on a summer peak-load day is an example of how power companies try to manage demand. This has a modest impact right now. But as we move to an energy system heavily dependent on solar and wind, managing demand is going to have to be a much bigger deal, the report predicts.

“And that’s what’s going to make or break this,” says Mazzola. “Because the system isn’t designed to really ask the consumer to work with the energy supply system in that way.  And how many of them will, and how to make it so they’re not making conscious decisions. I’m not going to sit around waiting, watching on a computer, when they can tell me to do laundry. I’ve got to have automation.”

For example, there may be a system that automatically charges electric cars in home garages and parking lots when a sunny afternoon is providing ample solar energy. There are lots of these potential interactions between the grid and consumers, many of whom will be generating solar power themselves. But each interaction will require software and hardware to make it simple.

“We also have to have education,” says Mazzola. “We have to have people understand how the system works. And realize it’s not an inconvenience for them, it’s just a decision, and then just allow their home computer or whatever it is to execute the decision, and everything will be fine.”

“Just producing punishing rates for people who can’t be that nimble with their energy use, I don’t know if that’s going to fit politically. So, this is a big challenge. And [the research center] that we’re developing is going to tackle it head-on.  We’re not going to put a fig leaf over it. We’re not going to ignore it. We’re trying to engage, as being equal partners [in the project], social science.”