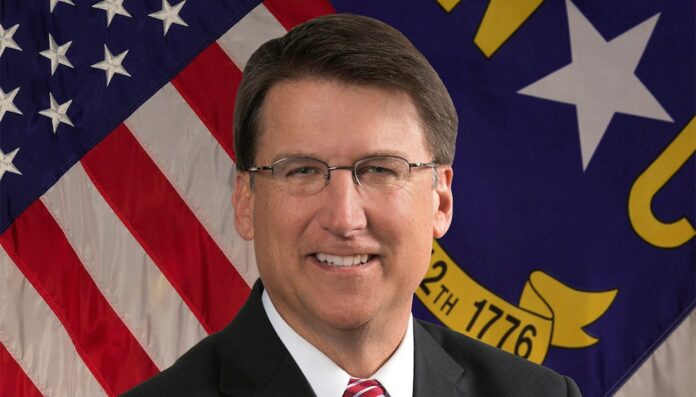 As he aims for a U.S. Senate seat, former Gov. Pat McCrory is benefiting from a longstanding relationship with one of the state’s most successful CEOs. LendingTree’s Doug Lebda is by far the largest donor to a pro-McCrory campaign PAC with $250,000, and he and his wife have given maximum donations to McCrory’s campaign committee.

LendingTree has had a lengthy association with McCrory, with the former governor serving on the company’s board of directors from 2009 to shortly after he became governor in 2013.

LendingTree is the largest individual corporate stock in the former governor’s investment portfolio, according to an ethics disclosure filed in August. McCrory reported having between $100,000 and $250,000 in LendingTree stock, possibly the result of a $171,000 stock payout he received in 2013 when he stepped down from the company’s board early in his term as governor.

The Associated Press reported at the time that McCrory and then Congressman Mark Sanford of South Carolina (who received a similar payout for his board service) did not initially include it on their ethics disclosures. McCrory’s latest disclosure form shows he holds stock in dozens of other companies, including Starbucks, Walmart and PepsiCo. LendingTree was his only holding exceeding $100,000.

Asked if McCrory would recuse himself from U.S. Senate matters that affect LendingTree, campaign spokesman Jordan Shaw said the former governor “will abide by all Senate ethics guidelines that govern issues like this.” He said McCrory “hasn’t done paid work for Lending Tree for several years.”

McCrory’s main opponent, U.S. Rep. Ted Budd, does not list any major individual stock holdings on his ethics disclosure; his investments are primarily in mutual funds. Budd owns a sporting goods store and gun range; his family members own one of the state’s largest janitorial and landscaping companies but he doesn’t list an ownership stake in it.

No disclosure form for the other Republican candidate, former U.S. Rep. Mark Walker, was available on the U.S. Senate’s public database. Walker is a Baptist minister who left the House in 2018 following redistricting.

LendingTree’s Lebda is the biggest financial supporter of McCrory’s candidacy for U.S. Senate. In June, he donated $250,000 to the Carolina Senate Fund, which describes itself online as “a super PAC devoted to independently advancing the candidacy of Governor Pat McCrory for the United States Senate.”

“We believe Pat McCrory is the right person to take on America’s toughest challenges,” the website says. “Those challenges include halting reckless spending on taxpayers, ensuring energy indolence, supporting conservative judges, and protecting our borders.”

Only five people donated to the fund between its creation in the spring and June 30, when the latest available reporting period ended, raising a total of $420,000. The second largest donor so far is Raleigh businessman Art Pope, who gave $100,000. Pope controls Variety Wholesalers, which owns Roses Discount Stores, and is longtime backer of conservative politicians and causes.

Lebda and his wife, Megan, also each gave the maximum $2,900 contribution to McCrory’s primary campaign committee in late June, records show. The Lebdas did not donate to other federal candidates in the first half of 2021, but they did donate to the N.C. Republican Party and U.S. Sen. Thom Tillis last year.

LendingTree and Lebda did not respond to a request for comment on their support for McCrory.

LendingTree is best known for allowing borrowers to compare loan terms across multiple financial institutions. Lebda founded the company in 1996. It now has more than 900 employees, posted $910 million in annual revenue last year and has a $2 billion market valuation. It recently moved its corporate headquarters from the Ballantyne area to a new 11-story building in the South End area near downtown Charlotte.

It’s had its share of legal challenges over the years, most recently an accusation from a subsidiary in 2019 that Lebda authorized a “fraudulent transfer” of a $40 million dividend while serving on the board of the subsidiary. LendingTree agreed to a $36 million settlement in 2020.

Lebda received a total compensation package of $52 million last year, according to the Charlotte Business Journal, making him one of the highest-paid CEOs of N.C. public companies. He owns about 16% of the company’s shares.