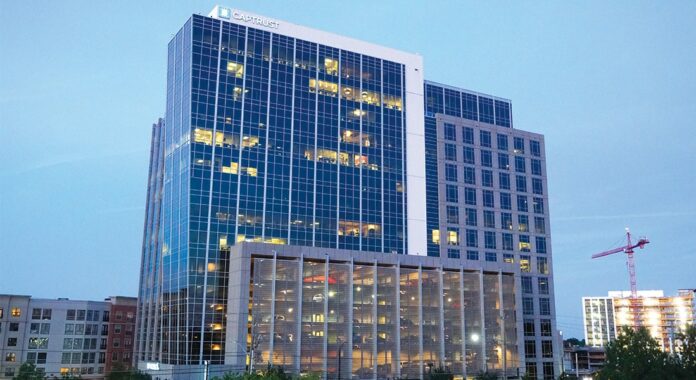 Jim Edwards has managed money for 17 years in Bethlehem, Pa., where unionized steelworkers for decades built up guaranteed retirement pension accounts. Those steel companies have mostly disappeared, of course, along with defined-benefit pension plans that promised an annual payout that often increased to keep pace with inflation. Now, workers in Bethlehem and elsewhere mostly rely on their own 401(k) savings plans  — often supplemented by employers who hire advisers like Edwards for supervision — hoping the money will last through the golden years.

Edwards has participated in the shift, building a 20-employee business that oversees $4 billion of retirement savings. Two years ago, he sold his company, MFP Strategies, to Raleigh-based CapTrust, which has capitalized on the trend to become one of the nation’s largest retirement-advisory companies.

Now, in its 20th year, CapTrust has acquired MFP and 26 other advisory groups, boosting revenue by about 22% annually. It’s among the largest money managers based in North Carolina with about $226 billion in assets as of April 30, up from $12 billion in 2007. About 140 advisers are affiliated with CapTrust at 34 offices across the U.S. (In June CapTrust acquired Tampa, Fla.-based CapTrust Advisors, a separately owned company with about $19 billion in assets, marking its sixth purchase this year.)

Chief Executive Officer Fielding Miller says the fun has just begun, with a plan to quadruple revenue to about $400 million over the next decade. It totaled $102 million in 2016, topping a goal set in 2007 of reaching $100 million within 10 years.

“Ten years ago we decided we wanted to be a national business” mainly focused on retirement-plan advisers, he says. “Now, we’re going into many of those same cities and buying wealth-management firms to fold in with our existing offices.”

CapTrust started as an affiliate of Interstate/Johnson Lane, a Charlotte-based brokerage firm that was acquired by Wachovia Corp. in 1999. It appealed to veteran brokers like Miller, then one of Interstate’s biggest producers, who wanted to keep a tie with ISL but aimed to retain more of the fees sparked by their work. With Wachovia focused on other things, Miller and a few peers acquired rights to use the CapTrust name and formed a new ownership group.

The strategy of shared ownership has been a key growth catalyst, initially attracting brokers in Tampa, Fla., Philadelphia, Ann Arbor, Mich., and other cities. In 2009, former Interstate brokers Bob Jones and Mike Blair left Wells Fargo Advisors to join CapTrust. The duo are among the largest money managers in the Charlotte area. Along with Miller, a key player in CapTrust’s growth was Ed Dalrymple, a former Wachovia Securities president who was a managing partner at CapTrust from 2002-15. He now works for Wells Fargo Advisors in Charlotte.

More than half of CapTrust’s employees own shares, with each staffer eligible to buy stock after three years on the job. There is no private equity or outside ownership. “It’s a huge part of our success,” says John Curry, senior director of marketing. “It’s amazing how people work harder when they feel some ownership.”

CapTrust’s ownership style impressed Edwards, who didn’t want to sell his business to a public company that faces quarterly earnings pressure. “After owning our own business for so long, we didn’t necessarily want to work for someone else,” he says. “We also wanted to put other people on our team in a position to gain ownership.”

Increased government oversight of financial advisers has benefited CapTrust by encouraging independent owners to join a larger group rather than make costly investments in software systems, Miller says. “The work now requires lots of documentation — some crazy documentation — and you’ve got to rebuild your technology to track certain things. Even though it has worked out well for us, it is a good example of how government regulations can start out with the best intentions but are often over engineered and become too cumbersome.”

Two years after joining CapTrust, Edwards is a believer. “No rugs have been pulled out from under our feet. Everything that they promised has come to fruition.”