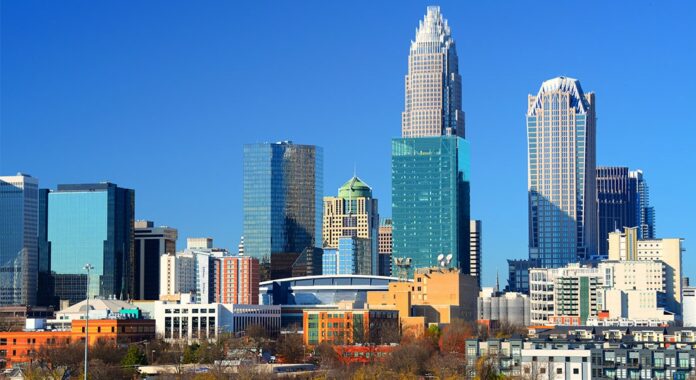 Lest anyone doubt North Carolina is business friendly, the NC Chamber’s fifth annual scorecard on lawmakers’ voting patterns shows who is in charge. Of the N.C. General Assembly’s 170 lawmakers — 62% supported at least 80% of the chamber’s positions on 49  key bills last year. (Sorry, that’s a lot of numbers.)

Of the 109 Republicans in the legislature, 92% were labeled “jobs champions” by the chamber. Only five Democrats scored at least 80%. There are 61 Democrats in the NCGA.

The scorecard studied votes on 39 bills defined as “pro-business” and 10 viewed negatively. Topics ranged widely from reducing regulatory burdens (a Chamber favorite) and requiring a “living wage” (not a Chamber favorite.)

Most lawmakers don’t like such scorecards, but the chamber views them as essential to help citizens know what is really going on, says Gary Salamido, the chamber’s vice president of government affairs. He joined the chamber in 2011 after working for GlaxoSmithKline for 19 years. What’s going on is that North Carolina is very welcoming to business, ranking as the only state to rank in the top five of Forbes‘ listing of most business-friendly states for 12 straight years. (It was first last year.)

Salamido shared some views on the scorecard in a recent interview. His comments were edited for clarity and brevity.

Why do the scorecard?
We just don’t talk about our policies, we also lobby and hold people accountable. It’s just a way to close the loop, It’s part of the evolution of the chamber under [President Lew Ebert’s] leadership. We have a jobs agenda and it is not a political agenda.
Our role at the chamber is to put in place policies that grow the pie and that makes sure the resources are there at the local and state levels to make investments.

But you supported tax cuts, which reduce public resources?

We want a long-term sustainable competitive advantage for North Carolina. That’s why we have four pillars for our work: Education, business climate, entrepreneurship and tax policy. It takes all four to keep a state competitive. We don’t look at just one. All have to be working together.
A tax cut is one small piece of the puzzle.
We try to make sure the economy is operating in such a way that resources are there for health care and other needs.
It is not our responsibility to get into battles of how much goes where. We just want to make sure the money is there.

What did you learn from this scorecard?
There’s an interesting phenomenon in that there are fewer votes on our issues than there were in the past. A lot more policy is being included in the main budget bill. Bills that used to get voted in committee meetings are getting rolled into the  budget.
It’s an intentional strategy to limit their exposure. The fewer votes people have, the less accountable they can be.
We like more work to be done in committees, which makes sure our agenda is being completed through the normal process.
Rules passed at the beginning of each session enable pretty much anything to find its way in the final budget.

We didn’t score the budget because there is a lot in there that we like, but there is also some policy that some of our members don’t like.

Which topics did you enjoy working on the most?
Anything we do with infrastructure is fun because it cuts across party lines. I really enjoyed our work on redoing the way the state finances infrastructure improvements.
We also tried to help people last session by supporting Senate Bill 470, which created more transparency over the trust funds intended to help people with mesothelioma (a type of cancer usually caused by exposure to asbestos.) Unscrupulous personal injury lawyers have been tapping the same incident multiple times, helping some clients get paid three or four times before other victims get their first claim. This law helps create some transparency.
We’ve worked on reducing the regulatory burden by opposing health care mandates that are in excess of the requirements of the Affordable Care Act. We oppose things that get in the way of our member companies investing more in jobs and people.
We also believe the permitting process is often too complicated. It can make it too hard for people to plan a new facility.