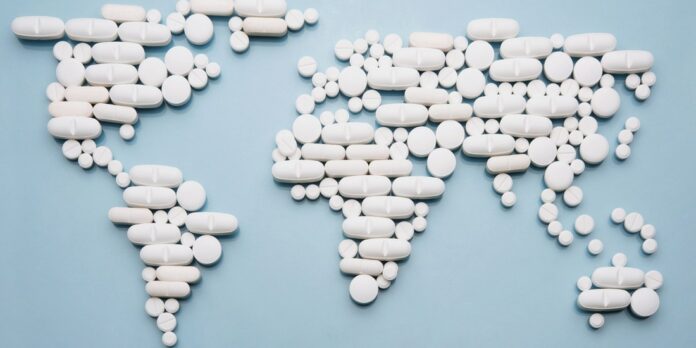 It’s a familiar problem: New advances in medicine and technology could save lives, but many people can’t access or afford them, especially in countries such as China. A new $260 million startup jointly based in Durham and Shanghai aims to fix that, with a former GlaxoSmithKline exec at the helm.

Zhi Hong, president and co-founder of Brii Biosciences, says pharmaceutical and technological advances worldwide are picking up steam. “But the reach of those innovations in China has been limited,” he says. Though a for-profit business, Brii will focus on public-health issues.

“We’re targeting diseases that affect huge swaths of Chinese society,” says Lisa Beck, vice president for business development. Brii will be “a bridge from the rest of the world into China” to accelerate access to innovation for patients, she says.

Hong, a biochemistry graduate of Fudan University in Shanghai with a doctorate from the State University of New York at Buffalo, most recently spent more than a decade as senior vice president and head of GSK’s infectious-disease center in Durham. He is credited with helping develop drugs to treat human immunodeficiency virus and other transmittable diseases. He’s spent more than a quarter of a century developing drugs for cancer and various illnesses at GSK and companies such as Schering-Plough, which was acquired by Merck in 2009. Beck is also a former longtime GSK executive, including having directed worldwide business development.

To attract more than a quarter of a billion dollars in venture capital from Arch Venture Partners, a Chicago-based firm that specializes in scientific investments, along with five other investors, Brii cobbled together a partnership with three major players.

Vir Biotechnology is a San Francisco-based company that seeks drugs for infectious diseases such as tuberculosis. Other partners are Chinese drugmaker WuXi Biologics and the AliHealth arm of Alibaba Group, China’s e-commerce giant similar to Amazon. The latter, Hong adds, could help in educating China’s 1.4 billion residents about pharmaceuticals and how to use them and aid in clinical-research trials similar to those conducted by Durham’s IQVIA, formerly Quintiles, and Wilmington’s Pharmaceutical Product Development.

Brii has no ties to GSK, a spokeswoman for the drugmaker says.

“We’ll have our R&D headquarters in Beijing, and also a presence in Shanghai,” Beck says. “In North Carolina, we’ll have our presence in Durham, and we’re growing our staff there.” Brii employs six in the Bull City.

According to Hong and others, Brii is diving into one of the world’s largest and fastest-growing economies but with a health care system that faces regulatory restraints and spotty reimbursements. Its primary-care delivery system relies heavily on the nation’s more than 1 million rural physicians, most of whom are not licensed and many who rely on traditional medicine. Hong is undaunted.

“We’ll do great things for our patients and society,” he says. “This is a team sport, and I’m honored to be part of it.”

GARNER — Seattle-based Amazon plans to invest $200 million in a 2.6 million-square-foot distribution center that will create about 1,500 jobs. The four-story center is expected to open by fall 2019.

MORRISVILLE — Pharmaceutical-services provider TrialCard will add about 500 jobs at its local office by January. Founded in 2000, the company employs about 600 people.

MORRISVILLE — Liquidia Technologies raised $50 million in an initial public offering. The drugmaker will complete a Phase 3 trial of its treatment for pulmonary arterial hypertension.

RALEIGH — Bermuda-based insurance firm Arch Capital Group will invest $12.9 million in an operations hub and create 365 jobs over four years. The jobs will pay an average annual salary of about $109,000. The company employs 575 in the state.

RALEIGH — Charlottesville, Va.-based solar-panel provider Sigora Solar plans to hire 75 at a new operations center here. A location has not been secured.