The NC Chamber, the state’s largest business advocacy organization, picked Gary Salamido as president and CEO, effective Friday. He became chief operating officer and acting president of in late 2018 after the resignation of Lew Ebert, who held the post for 12 years.

Salamido joined the organization in 2011 as vice president of government affairs. 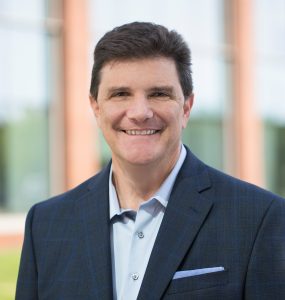 “Gary was chosen in a rigorous and comprehensive selection process from a strong field of candidates,” says Ward Nye, the CEO of Raleigh-based Martin Marietta who led the search. “He is a highly impressive talent known in our business community for his collaborative leadership style and for building dynamic partnerships throughout the state.”

Prior to joining the chamber in September 2011, Salamido worked at GlaxoSmithKline for 19 years, including a decade as director of state government affairs during his last 10 years with the company. His responsibilities spanned issues such as corporate taxes, economic and workforce development and environmental impact.

“Gary is an exceptional leader. He has done an excellent job steering this organization over the last several months and I am excited to see him continue to harness opportunity for our state’s business community,” Tom Heiks, the group’s chairman said in an e-mailed statement. Heiks is Fifth Third Bank’s executive vice president and head of commercial middle market banking. “His track record in advancing policy that bolsters economic opportunity and innovation have been extraordinary for our state.”

Salamido has a bachelor’s in pharmacy from New York’s Albany College of Pharmacy and a master’s in pharmacy administration from the University of Texas. He and his wife, Lisa, live in Raleigh. They have four children.