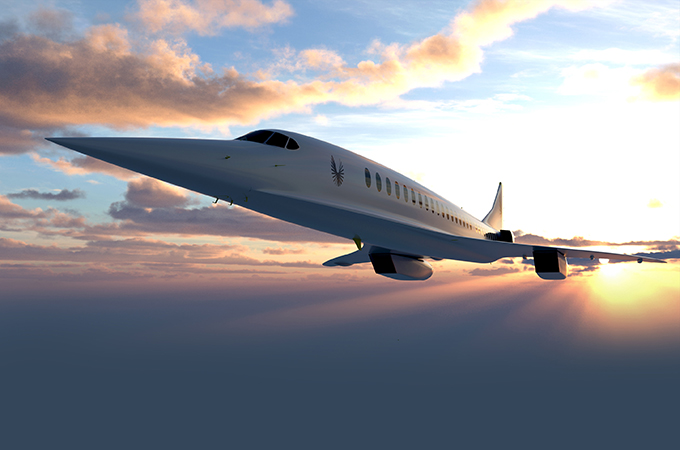 Colorado-based Boom Supersonic plans to invest $500 million in a manufacturing plant at Piedmont Triad Airport, aided by more than $200 million in state and local incentives. It marks one of the most important economic development expansions in Triad history.

Boom is expected to employ about 1,760 with average annual wages of about $69,000. The state incentives are tied to meeting investment and job targets by Dec. 31, 2030. Boom is eligible for $87 million in Job Development Investment Grant incentives over a 20-year period. The Boom agreement also calls for moving as much as $9.6 million to the state’s Industrial Development fund for rural community economic development.

The newcomer joins Honda Aircraft, which produces the HondaJet model at a production facility near PTI, and other major aerospace companies in the Greensboro area including Haeco  Americas and Collins Aerospace

Boom was started in 2014 and is now backed by major investors including Bessemer Venture Partners, Prime Movers Lab, Emerson Collective and American Express Ventures. Its Overture model is aimed at flying at twice the speed of today’s fastest passenger jets and rely on 100% sustainable aircraft fuel. It has received 70 orders from airlines including United Airlines and Japan Airlines, along with the U.S. Air Force.

“Selecting the site for Overture manufacturing is a significant step forward in bringing sustainable supersonic air travel to passengers and airlines,” Blake Scholl, founder and CEO of Boom Supersonic, said in a prepared statement. “With some of the country’s best and brightest aviation talent, key suppliers, and the state of North Carolina’s continued support, Boom is confident that Greensboro will emerge as the world’s supersonic manufacturing hub.”

The investment ” proves once again that we are a top state for job creators and have a deep pool of talented workers,” said Senator Phil Berger, president pro tempore of the North Carolina Senate.