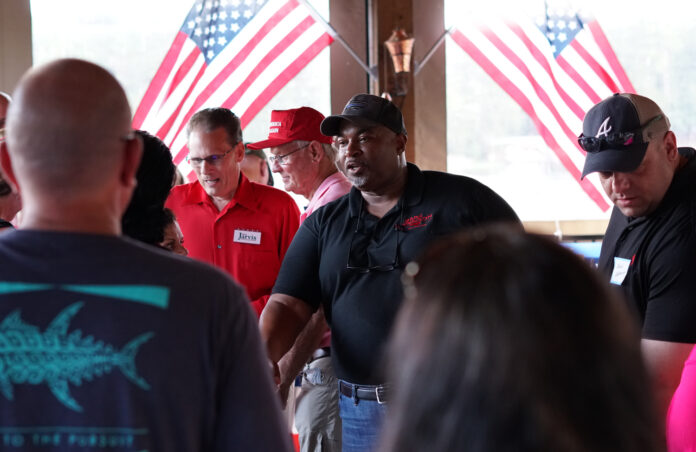 This is an excerpt from “We Are the Majority: The Life and Passions of a Patriot,” a book authored by N.C. Lieutenant Governor Mark Robinson. It is being released on Sept. 13 by Republic Book Publishers. 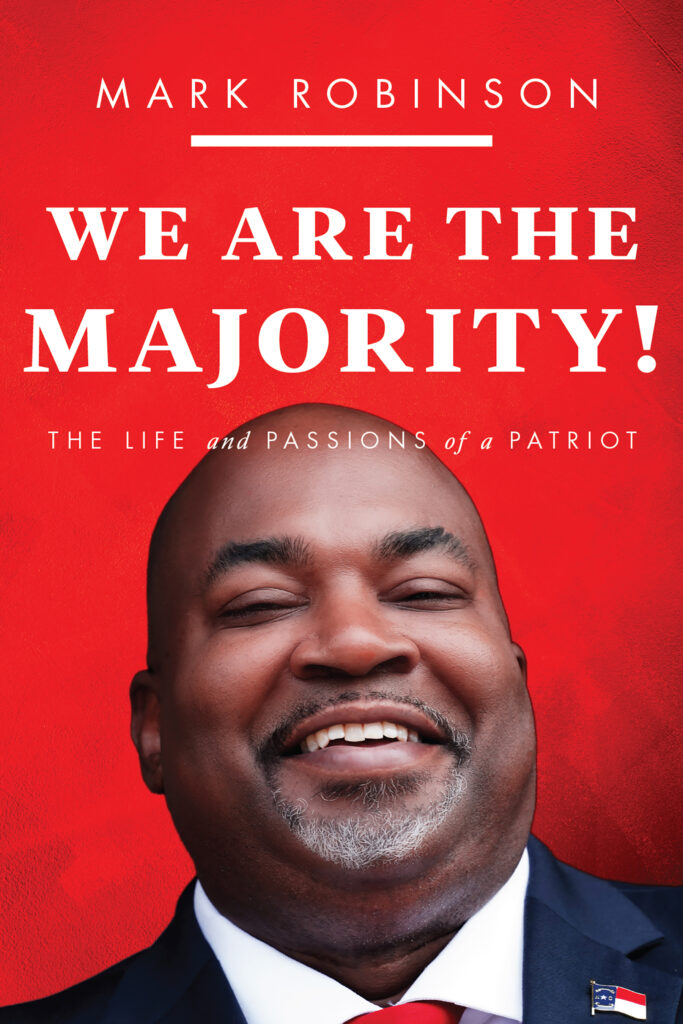 Robinson grew up in Greensboro as the ninth of ten children. After high school, Mark served in the Army reserves as a medical specialist and then worked in furniture factories and restaurants. He later managed a child-care center with his wife, Yolanda.

In 2018, Robinson gave a fiery speech on gun rights at the Greensboro City Council. It went viral, prompting him to run for statewide office. He was elected as North Carolina’s first Black lieutenant governor in 2020.

The excerpt describes Robinson’s work career in the 30 years before his election.

In May of 1990, Yolanda and I were married. We were soon blessed with a son, Dayson Hugh. My perspective on life changed immediately upon the birth of my son. I saw before me, in his little face, a responsibility. I was  the one God had given charge over this child. I had to be a responsible man.

When Dayson was born, I was  working as an assistant manager at a Sbarro’s pizza restaurant at Four Seasons Mall in Greensboro. While going  to work there each day, I would think, “This is not it; this cannot be it. Seven dollars an hour is not going to cut it with a family.” I knew I had to seriously consider working toward a career, not just holding down any  job.

I was blessed at this time to have family members and friends who could help me in my search for work. My  wife’s uncle was instrumental. He was a long-time employee of a local furniture plant in the area. He helped me  to get on at that plant. That is where I learned to upholster furniture.

My position at Klaussner Manufacturing was the first “real job” I ever had. Klaussner was the first place I made enough money to support a family. There I made a wage far above the minimum wage. I thought I had arrived.

In the early ’90s, I was earning a good salary. I was making $125 to $150 per day on production. Our daughter,  Kimberly Evana, was born, and Yolanda and I were enjoying life. Every year, during the week of July 4, the  furniture plant would close. We would take the family to the beach for a vacation that week.

The plant would also close the week of Christmas, so I had a second week of built-in vacation time. We would have a great  Christmas with piles of presents under the tree. We were also able to move into our new house. My wife was  working, I was working, life was good, our finances seemed stable, and we were happy. At that point in my life  I thought, “I have arrived. I’m going to work in furniture, live in this big house on a hill, and raise our kids.”

But there was disaster lying in wait.

In the mid-’90s, things began to change. The North American Free Trade Agreement (NAFTA) had gone into effect. Jobs at the plant began to dry up, and the company was losing money. At this time, I was not as politically aware as I am now. Yet I was becoming more interested in what was going on in our nation. I did not  understand, however, why our successful furniture plant was losing money and jobs.

One of my supervisors explained to me that NAFTA was the ultimate reason. He predicted that in time it would put all plants like ours out of business. This particular supervisor was always cursing politicians and the government, which in turn  made me more interested in the political landscape. Sure enough, due to the implications of NAFTA, I eventually had to leave my job. My salary had been cut so much that I could no longer afford to work there. I had to start all over again, and it nearly ruined us financially.

The combination of NAFTA and, to be honest, bad choices when it came to money, put us in a financial trap  we couldn’t escape. I was guilty of bad money management; when I had money and should have been putting  it in the bank or spending it on essential things, such as getting ahead on house payments, I was just throwing  money away. For example, we were going to the beach every summer, spending a lot of money to stay right at  the shore when we could have stayed inland for much less and still spent just as much time at the beach. It was  foolishness, absolute foolishness. And it was then that I got upside down on our house mortgage.

It took years, but we finally lost the house to foreclosure. I’m well aware that this was the same thing that  happened to my mom. It was a hard lesson to learn, a very tough lesson. My wife and I spent some difficult years after we lost that home. We had to recover. We learned a lot of hard facts about how to spend money and how not to spend money.

If we had made some different personal decisions earlier, the outcome might  have been better. Maybe not better enough, though. A rolling economic disaster was hitting the workers of middle America. Jobs were being shipped overseas in the name of efficiency — but actually as a result of bad  deals that punished American workers through government mandates. It was after I left the job at Klaussner — only a part-time non-job by then — that we really started getting behind.

When I left the job at Klaussner, I had to start over again at Papa John’s, starting in the basement at eight bucks an hour and having to work my way up. I did end up a general manager. But in meantime, we got further and  further behind on the house.

Klaussner Furniture survived NAFTA. It’s still there, in a lesser form. The immediate problem proved to be the improvident Rent-A-Center deals the company was making, but NAFTA played a role in damaging the company as well. Furniture making was huge in North Carolina, in the town of High Point in particular.  NAFTA decimated that city. For a time, the city of High Point looked like a ghost town due to the economic destruction.

Now things are coming back, but there is still a long way to go — and the possibility looms that it may never recover if ignorant government policies continue, or even worse ones from the past are reinstated.