BofA gets sued for restricting access to federal stimulus plan

Bank of America has come under fire for prioritizing lending clients and restricting access to Payment Protection Program loans.  It is facing a class action lawsuit on behalf of small businesses saying they were wrongfully rejected access to federal funding when it is desperately needed to stay afloat during the coronavirus pandemic.

The Charlotte bank was the first to launch its portal for applications to the $349 billion small business loans authorized by Congress, but initially accepted applications solely from existing small-business borrowers and shut out its checking-account customers that did not have existing BofA loans. 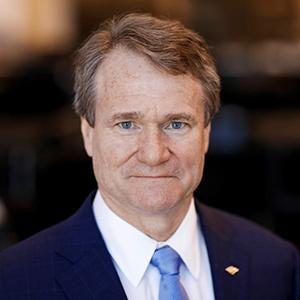 At the time, CEO Brian Moynihan told CNBC, “We have a million borrowing customers that we’re trying to get through the system first, then our second priority will be the customers who have the core operating account with us but don’t borrow anywhere.”

Moynihan noted that the Treasury Department wants businesses to apply through their usual lender, which will speed the process, spread the obligation and make the system work faster.

“Nothing in the CARES Act authorizes or permits Defendants to pick and choose who would gain access to or benefit from the federally backed lending program,” the firm wrote in a release. “BOA had no legal authority under the CARES Act to deny access, restrict or otherwise impede the access of small business to these critically important business-saving funds.”

Bank of America amended the policy on April 4 following the class action complaint, removing the requirement for an active loan. “We opened it up from requiring a lending and checking relationship with the bank to include businesses with just a checking account,” says Bank of America spokesperson Bill Halldin.

Following the adjustment, eligible small businesses must have a “checking account opened no later than Feb. 15, 2020 and do not have a business credit or borrowing relationship with another bank,” according to the bank’s website.

Alan Rifkin, managing partner at Rifkin Weiner Livingston, says the restrictions affected thousands of businesses within the first day, who were then “sent to the back of the line” to apply at other banks. Rifkin Weiner Livingston has since updated its lawsuit to include Bank of America’s amended requirements, which Rifkin says are still illegal.

“On Saturday, they opened the door ever so slightly – but not fully – and restricted access from any small business that had a lending or checking account with another bank,” Rifkin says.

The government’s speedy rollout of the program has caused confusion, bankers have said. The U.S. Small Business Administration adjusted guidelines for the loan process hours before applications opened.  When the guidelines were released, they lacked directives for how to process applications or distribute loans. The government also holds individual banks responsible for due diligence, which can create backlogs when lenders are dealing with new clients. The “know your client” principle is aimed averting money laundering and other types of fraud.

As of Tuesday evening, Bank of America received application requests from 250,000 small businesses seeking $40 billion in funding. With experts saying the $349 billion won’t be enough funding to keep every business operating, Congress is considering expanding the program.

Rifkin says the firm is will continue file lawsuit amendments as more businesses report suffering damages. As of 5 p.m. Wednesday, the law firm had been contacted by 61,000 small businesses concerned about their eligibility for loans. Not all are BofA customers, he says.

“All the criteria necessary is in the federal law and small business act. Under no circumstances were they supposed to do anything other than administer the program,” Rifkin says. “They should lift restrictions and contact every small business they rejected and tell them doors are open.”

A hearing on the lawsuit is scheduled for 2 p.m. Friday.