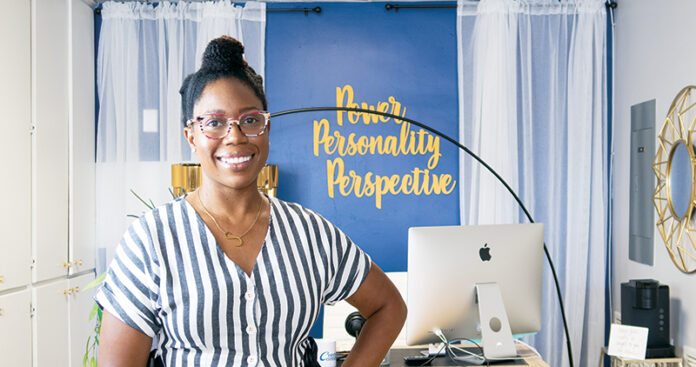 The NXT | CLT mentoring program that Greg Johnson helped organize is part of a wave of efforts across North Carolina to support aspiring Black entrepreneurs and business owners achieve greater success. While such programs have existed for years, their effectiveness in diversifying many industries has proven spotty. That may be changing.

Spencer Disher was a Wall Street mortgage-securities executive for France’s Natixis investment bank for two decades before moving to Charlotte in 2014. He says he’s bullish on the potential for Black-owned businesses to thrive, while acknowledging many gaps exist. In his first meeting at the Charlotte Angel Fund, which backs promising startups in the region, he noticed he was the only Black person in the room.

“Now, I’m on the executive board of our second fund,” he says. “The George Floyd incident was a tipping point that led to an awareness and then an acceleration on what we can do here. Some of the efforts are superficial, but some are very serious and very committed to making something happen.”

Shannon Baylor-Henderson calls the current environment a “good perfect storm for black entrepreneurs.” A former employee of the N.C. Small Business and Technology Development Center, she owns Content Commanders, a contract-writing and image-building company in Elizabeth City that has many clients in the Raleigh-Durham area.

“There’s more of an intentional conversation about these issues than ever before,” she says. “It’s a natural evolution that businesses need to have different audience segments, and you have to learn how to diversify.”

Disher and Baylor-Henderson are members of the Black Entrepreneurship Council, which was formed by the nonprofit NC IDEA group last year to address underinvestment in Black communities. While North Carolina is benefiting from surging new-business starts this year and expansions by blue-chip companies like Apple and Amgen, “things are not so great when you look at the numbers for minority, women and rural businesses,” says Thom Ruhe, CEO of Durham-based NC IDEA. “That’s why we set a goal five years ago that at least half of our investments and program participants had to be in one of those categories.”

Over the last year, NC IDEA has tapped the council to help place $600,000 with “ecosystem” groups that promote Black entrepreneurship. The money comes in increments of $10,000 to $50,000. In the coming year, NC IDEA plans to invest a similar amount directly in Black-owned businesses.

More than 100 people applied to be part of the 25-member council. The enthusiasm of group members, who range from sole proprietors to corporate executives, “has been one of the most rewarding experiences of my career,” Ruhe says. “This is good, real-time economic development. Everyone is engaged.”

Other groups making a mark in Black entrepreneurship include Genesis Block in Wilmington, Aspire Community Capital in Charlotte and the Carolina Small Business Capital Fund based in Raleigh, according to Terik Tidwell, who is executive director of the Tech-Innovation Center at Johnson C. Smith University, a historically black college in Charlotte. He’s also on the NC IDEA council.

Tidwell says less than a half of 1% of U.S. venture capital goes to Black-owned companies. “Many entrepreneurs gain their capital from a network of family and close friends, and if you don’t have that, it can really prohibit you from growing.”

North Carolina hasn’t had a Black-owned company hit a “home run” in terms of a billion-dollar business valuation or an initial public offering, Ruhe says. But he says it’s coming. “It’s all about just hard work and grinding it out.” ■