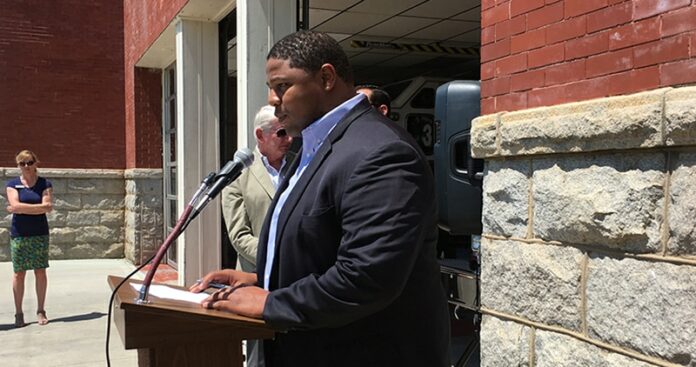 North Carolina’s Black-owned businesses made up less than 2% of the state’s total economic output before COVID-19. Meanwhile, minority- and women-owned businesses accounted for about 0.22% of the nearly $10 billion in state contracts awarded by 29 agencies between 2014-18, according to the N.C. Office of Historically Underutilized Businesses. Then hundreds of such entities closed because of the pandemic’s impact.

In a state in which 22% of residents are Black, that isn’t sustainable. Helping Black businesses in N.C. gain a 22% share of economic activity is the goal of Napoleon Wallace, managing partner at Durham-based Partners-in-Equity and co-founder of the ResilNC.org initiative. Partners-in-Equity helps Black-owned companies find capital to invest in commercial real estate, including tax-advantaged Opportunity Zone projects.

Wallace’s team worked with 10 N.C.-based community development groups and interviewed more than 250 Black business owners and about 30 key state leaders to develop the ResilNC plan. The work produced what Wallace calls “scalable, common-sense recommendations” to position those businesses for rapid growth post COVID-19. These are examples:

The study by the N.C. underutilized business agency was the state’s first comprehensive study of its kind in more than a decade. It was unrelated to the ResilNC project, though its findings have influenced the group’s work. Atlanta-based consultants Griffin & Strong studied spending in construction, architecture and engineering, professional services, and other services and goods. They determined that of $9.95 billion spent in all categories from 2014-18, Black businesses received
$21.6 million, or less than 0.22%. All minority-owned firms received $92 million, or 0.9%.

The state report noted that half of the companies surveyed said they believe a “Good Ole’ Boy network” exists that “excluded a subset of potential contractors and subcontractors.”

A former deputy secretary at the N.C. Department of Commerce, Wallace has a bachelor’s degree from N.C. Central University and an MBA from UNC Chapel Hill. He is a member of the Raleigh-Durham International Airport Authority.

Wallace discussed the ResilNC report in an interview with Business North Carolina.

► To whom is the message targeted?

We’re prioritizing the business community, especially the small business and banking communities. State and local elected officials are definitely a key constituency that we’d like to inform.

► Are Gov. Roy Cooper and other key economic development groups aware of this work?

The governor has read the report, and we’ve discussed the possibility of an issue convening with the Department of Administration or N.C. Commerce Department. We have not engaged the Golden LEAF [Foundation] or the NC Chamber, but we have engaged with a few of their board members.

► Regarding the 22% by 2022 goal concerning state procurement, what is the MORE UPDATED percentage received by Black-owned companies?

The state is currently in the process of a disparity study, so we’ll know for sure by midsummer. The best estimate we have is based on historically underutilized business data at the state level. It shows that 0.75% of the state’s $7 billion budget went to Black-owned HUB businesses.

► What do you see as the two to three key steps that need to be taken first to move the needle?

Broad awareness that for universal owners whose businesses are correlated to overall economic cycles, equity investment in all business communities is needed to achieve sustainable growth.

Broadened use of the business improvement toolkit, namely more equity and advisory resources, for businesses that have only been offered debt and technical assistance to date.

Getting genuine commitments from government, investors, banks to make it happen — and acknowledging that there is an investment need to make this happen.

► North Carolina has invested in historically Black universities and various minority-owned business efforts, But the picture remains pretty bleak. Is that your interpretation?

Investments have been made and returns have been high, but more is needed.

HBCUs still produce outsized economic impact in their surrounding communities, and their graduate outcomes are better for first-generation and Black students than at similar predominantly white institutions.

As for community development investments, the same argument can be made with the caveat that a focus on access to credit for small business (as opposed to a balanced debt and equity approach) leaves lower-wealth entrepreneurs more vulnerable to economic downturns.

► Aren’t all small businesses fighting an uphill battle because they lack money to invest in technology and tech workers?

Not completely. The U.S. remains highly competitive especially in tech-driven industries. Small business accounts for two-thirds of net new jobs and 44% of all U.S. economic activity. This number is down from 48% since 1998. But as the economy has grown, small business gross domestic product has grown by 25% over that period, or about 1.5% annually. ■