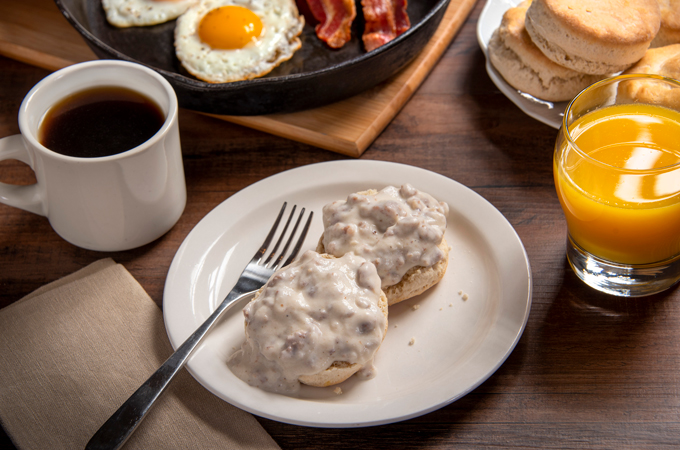 Greensboro-based Biscuitville doesn’t take the same approach as many rivals in the quick-service restaurant industry, which Chairman Burney Jennings credits as a factor in its success.

One example is its desire for creating long-term relationships with other family-owned businesses, a strategy that prompted its new partnership on Jan. 1 with Baton Rouge, La.-based Community Coffee.

Biscuitville has for many years used coffee roasted by Concord-based S&D Coffee and Tea, which the Davis family owned and managed for decades. But Cott Corp. bought S&D for $355 million in 2015, leaving Community as the largest family-owned coffee purveyor in the U.S., its owner says.

The Louisiana firm was formed by Henry Saurage in 1919. Matt Saurage is now the fourth family member to lead the business, which operates in 26 states in addition to a big online presence. In addition to restaurants, it markets coffee to grocers, hotels businesses and consumers while employing more than 800 people.

Saurage is visiting the Triad area this week as Biscuitville opens a store in the Stoney Creek area of east Guilford County. The biscuit chain has more than 60 stores with plans for new ones in Lincolnton and Kings Mountain in March, a company official told the Gaston Gazette this week.

“Family ownership is different in how you look at your people and your customers than in a traditional corporate mentality,” Jennings says. “We really believe in relationships and that’s why Biscuitville likes to do business with other family-owned businesses.”

While Community Coffee has been around for 103 years, it’s had to raise its game in recent years as demand for quality java has increased. “It’s an honor to be involved with Biscuitville as their second coffee company, which shows the importance of longevity,” Saurage says.

Biscuitville wants to open restaurants within a three or four hour driving radius of Greensboro, which helps maintain quality control, he said. Biscuitville operates from 5:30 a.m. to 2 p.m., setting it apart from most quick-service chains.