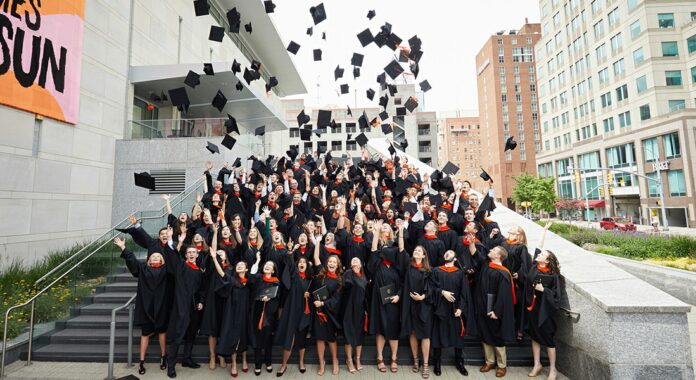 Fourteen years ago, N.C. State University pioneered the graduate study of data analytics, long before the phrase became “a thing” bandied about in industries ranging from agriculture to Major League Baseball. The school’s Institute for Advanced Analytics was spurred by star alumnus Jim Goodnight, who became a billionaire by mastering data science at Cary-based SAS Institute, which he co-founded in 1976.

Now other UNC System campuses are jumping on the trend as a growing army of data scientists and analysts enter North Carolina’s workforce. It’s part of the burgeoning big-data and business analytics sector employing people who can translate the complexities of vast amounts of data to improve businesses.

LinkedIn says data-science hiring grew at a 37% annual clip over the last five years, while Glassdoor.com reports that those employed in the field earn a median base salary of $107,801. University data-science curriculums combine core concepts from the STEM areas — computer science, statistics and mathematics — with applied learning drawn from the humanities. Sociology, political science and even philosophy increasingly rely on data analysis.

N.C. State University launched the nation’s first master of science in analytics in 2006. The institute was founded and is now directed by Michael Rappa, a professor who in the early 2000s created a free online-education platform, Managing the Digital Enterprise, that preceded the open-course movement.

“The rapid growth of internet usage in the ’90s had a major impact on my thinking,” Rappa says. “Grappling with the size, velocity and structure of web data demanded a mix of skills that cut across traditional disciplines. By 2000, it was apparent that analytics, as a field, could become an important part of the mix in the graduate education portfolio.”

The 10-month program enrolls 120 students annually, accepting as few as one in eight applicants. Since the institute’s formation, more than 100 university delegations have visited to learn about the curriculum.

Nationally, more than 250 master’s programs in data science and business analytics produce 8,000 to 10,000 graduates annually. Other UNC System campuses have followed with graduate-level degrees, including UNC Wilmington’s 16-month master’s of data science program, which launched in 2017 and now has about 24 enrollees. Director Mark Lammers says graduates hold positions ranging from statistical programmer to assessment director to nuclear engineer. “More than half of our students stayed in the Wilmington area, and almost every industry contact I have tells me that they are looking to hire in [the] data-science industry if they aren’t already.”

Appalachian State University added its 36-hour master of science in applied data-analytics program in 2017 as part of the Walker College of Business. Director Lakshmi Iyer says 31 students graduated between May 2018 and December 2019, while 29 are now studying subjects including sustainability, supply chain management, health care, marketing and interdisciplinary analytics.

UNC Charlotte hosts two master’s programs: Health informatics and analytics and data science and business analytics. Both have shown steady growth over the last eight years with 260 students enrolled in each program.

In January, the Charlotte campus became the first in the UNC System to announce a School of Data Science aimed at undergraduates. The collaboration among the university’s colleges of computing, business, health and human services, and liberal arts will offer the state’s inaugural bachelor’s degree in data science program.

“The breadth of companies, nonprofits and government agencies that are now looking for this skill set has grown tremendously,” Hague says. “These skills [are also sought] among Charlotte’s growing number of startups, many of which base their whole business on the use of data.”

The program is slated to offer existing courses including statistics, calculus and database management, plus new ones mostly led by faculty in different disciplines. A data and society course focused on ethical implications of data will be co-taught by a computer scientist and a sociologist.

Hague expects the school to enroll about 100 to 120 students in fall 2020. State and federal officials still need to give final approval before students can declare majors.

UNC Chapel Hill is plotting its own interdisciplinary data-science program, too. A steering committee, co-chaired by School of Information and Library Science Dean Gary Marchionini and Jay Aikat, chief operating officer of the Renaissance Computing Institute, will reveal a feasibility plan this year. Dubbed Data Science @Carolina, the initiative includes 100 faculty members, many of whom already teach and conduct research in data science.

“The [demand] is more than just in the air; it’s really in the marketplace and everything we do, so we’re trying to respond to an articulated need,” Marchionini says.

North Carolina leaders hope the state can lead in data education. A 2016 study led by the N.C. Department of Commerce noted that the state is poised to be a leader in data science because of marquee employers such as SAS and Red Hat. Since then, the hiring market has heated up in sectors including agriculture, food processing, aerospace, banking and life sciences, says John Hardin, executive director of the department’s Office of Science, Technology and Innovation.

“North Carolina’s particular strengths in these sectors and others provide fertile ground for job growth.”