Ninety-two physicians who work for Charlotte’s Mecklenburg Medical Group concluded it was time to take charge of their own destiny rather than submit to pressure from Atrium Health, North Carolina’s largest health care system, says CEO Dale Owen.

So the group filed a lawsuit today in Mecklenburg Superior Court asking for the right to become independent of Atrium, formerly Carolinas HealthCare System. Atrium first affiliated with the group in 1993. “We are granting their desire to go independent and determining the most appropriate way to address the non-compete provision,” Atrium said in a statement issued later Monday, “We are surprised and disappointed by the lawsuit that was filed today as we were in discussions with these physicians as recently as last week. We value and respect these physicians and want them to stay with Atrium Health.” 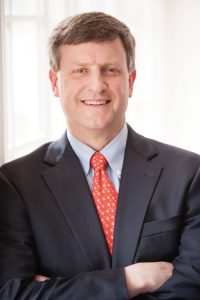 In December, 2016, Atrium told MMG it planned to “dismantle the group and redistribute [physicians] across the system,” according to Owen. Since then, the medical group and hospital system have negotiated unsuccessfully, he says.

“The health care system across the United States is changing rapidly,” Owen says. “Physicians, especially in primary care, need to step up and assume some of the risk. We are happy to be the face of that change.”

Under CEO Gene Woods, who arrived in Charlotte two years ago, Atrium has raised its profile by seeking a now-suspended partnership with UNC Healthcare and buying a Georgia hospital system. Woods has explained his goal of doubling the size of the system, which has annual revenue topping $9 billion annually. The system is also under investigation by the U.S. Department of Justice over antitrust concerns, a situation cited in the MMG lawsuit.

More than 1,900 physicians are part of Atrium Health.

“As healthcare continues to change nationally and locally, it is my belief that there is no better place than Atrium Health to practice medicine and for patients to receive care,” said Dr. Al Hudson, Atrium’s senior primary care director. “I’m excited about and confident in the direction we are going. The organization, through delegated authority to physician leaders, will continue to carry out its mission of highest quality health care for all members of our community.”

An independent MMG would be entirely owned by member physicians with no outside investment, says Owen, who joined the Charlotte business in 1991.

MMG’s lawsuit contends that Atrium estimates it will lose $18 million on its relationship with the physicians’ group in 2018. Owen says he isn’t clear how that number was ascertained. “We’re not privy to how the different administrative costs are allocated to all the different groups,” he says.

The MMG lawsuit criticizes the noncompete agreements with Atrium and the health care system’s dominant role in the Charlotte area. While local physicians have played a key role in building the system’s leadership, Owen says the expected “dismantling of our group forced us to take action.”

When asked if the disagreement relates to Atrium’s push to reduce costs, including salaries, Owen says the issue of remuneration “has never been a topic at any of our meetings. We don’t control everything about that part of health care. What we can have control and add value to is how patients are seen.”

Changes instituted by Atrium in recent years have prompted primary care physicians to refer more patients to specialists which has boosted the cost of care, Owen says. His colleagues prefer to use “their skills to work closely with complex adult internal medicine patients, which is what we do best.”

The MMG matter is unrelated to pending litigation between a large group of Charlotte anesthesiologists whose contract has been terminated by Atrium.