Big changes loom in how N.C. pays for roads? 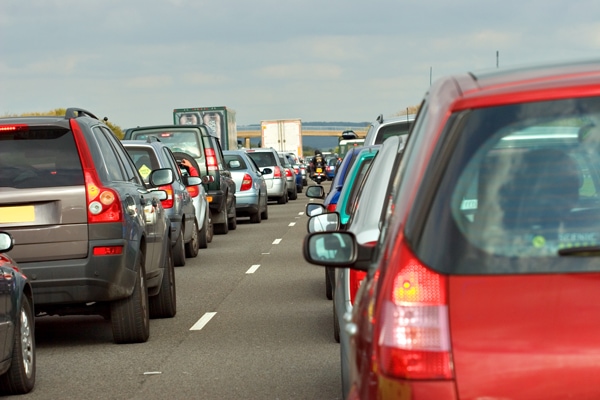 North Carolina needs to dramatically change how it pays for new and improved roads and other transportation needs and expand funding by at least $1.5 billion a year, nonpartisan research organization NC Chamber Foundation says in a new report.

“We need $1.5 billion to $3 billion a year to get us out of the range that is mediocre,” he says. “People will say that this looks like more government spending, but this is truly investment. We’ve seen that a $1 billion investment can generate 14,000 jobs.”

North Carolina’s dilemma is that about $3.2 billion of the annual $5 billion transportation budget comes from federal and state fuel taxes, which are fading as more consumers opt for cars with more efficient hybrid engines or electric vehicles. “Those sources are going to be more challenging, so we’ve got to look at different ways,” Nye says.

Phasing out the gas tax is the most startling proposal in the chamber report, and Nye says no one expects that to happen anytime soon. But it reflects a goal of  shifting away from relying on taxing gasoline amid what seems like an inevitable shift to electric vehicles. The reduced driving stemmed from the current COVID-19 pandemic is also depressing transporation revenues.

The N.C. Chamber is pushing for action on the issue. “With project delays and the absence of sustained funding, North Carolina’s infrastructure and mobility conditions are likely to worsen,” according to the report.

The chamber report comes amid controversy over the N.C. Department of Transportation’s management under Gov. Roy Cooper. State Auditor Beth Wood, State Treasurer Dale Folwell and others have criticized the department for overspending as much as $2 billion over the last two years, requiring additional state funding. The agency’s CEO, chief financial officer and chief operating officer have been replaced over the last few months. Wood is a Democrat, while Folwell is a Republican. Both are seeking re-election in November.

“No one has said the money wasn’t spent on needed issues,” Nye says.

Folwell says he staunchly opposes mileage taxes because they would punish lower-income workers who often drive between two and three part-time jobs or schools every day. “The NCDOT’s billions of overspending  are acts of mismanagement; not acts of God. Despite continued requests, they continue to fail at instituting cost control measures. Road users, taxpayers and road construction firms deserve better,” says Folwell.

Nye is also co-chairing a state task commission appointed by Cooper that is looking at new funding models for NCDOT. The NC FIRST Commission will release a report later this year. It has already discussed many new funding options, including those mentioned in the NC Chamber Foundation report.

The report includes examples of how investment in roads around Durham, Raleigh, Kinston, Goldsboro and Lincoln County have created extensive economic development gains. Officials at the Raleigh-based Institute for Transportation Research and Education at N.C. State University produced the report.