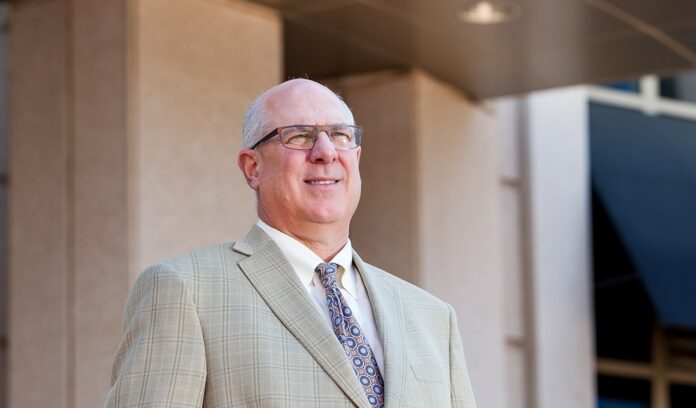 “Wade Reece came in with what appeared to be money,” DeCarlo says with a laugh. “Our offer was, ‘Trust us, we’re good guys.’” CRC opted for the benjamins and sent DeCarlo packing. “Our lesson was that talking might not be enough. You actually have to have a check and a good balance sheet to grow.”

DeCarlo has rarely been caught short ever since. Since 2002, AmWINS Group Inc. has acquired 37 companies to build the largest broker of wholesale property and casualty insurance in the U.S., according to the trade publication Business Insurance. The Charlotte-based company employs 3,600 people in 15 countries, including 200 in the Queen City. “We never thought we’d be at $100 million in revenue, but now we’re eight or nine times that,” he says. A recapitalization last year set the company’s value at more than $2.3 billion, split evenly among a big Canadian pension fund, a New York private-equity group and about 440 employees.

“Steve and his team completely redefined the role, power and scope of the wholesale segment of the insurance market,” says Brian Golson, managing partner of Parthenon Capital Partners, a San Francisco-based private-equity company that owned a majority of AmWINS from 2005 to 2012. “It’s extraordinarily rare to be able to so fundamentally change such an established industry.”

Only a handful of people have had as much impact on the business-insurance market as DeCarlo, adds Ken Crerar, CEO of the Council of Insurance Agents and Brokers, a Washington, D.C.-based trade association. “He’s a straight-shooting, smart-as-hell guy who is incredibly well-respected by people in the business.”

AmWINS started in 2000 when DeCarlo was recruited to run Americana Financial, a New York City-based  insurance brokerage that had annual revenue of $20 million, a staff of 110 and monthly losses averaging $800,000. “The previous management team had raised $25 million and wanted to be the dotcom of the insurance business,” he says. Like lots of other startups in that era, they overspent on operations and seven acquisitions. DeCarlo slashed overhead, dismissed all but a couple of employees, sold five companies and changed the name to American Wholesale Insurance Group Inc., or AmWINS. Within months, the business was profitable. He recruited Scott Purviance, a CPA he’d known for several years, to join as chief financial officer in July 2001.

DeCarlo and Purviance saw an opportunity to build a company that takes a middleman role between property-casualty agents, who work directly with local businesses, and insurance companies that provide coverage for every conceivable risk. Having connections with more than 1,500 insurance companies enables AmWINS to find the best deal for retail agents, then take a fee based on the insurance premium, DeCarlo says. Historically dominated by small, closely held companies, wholesale insurance is consolidating because it’s hard to compete against AmWINS and other larger peers with better technology, broader offerings and a wider geographic reach.

After AmWINS failed to buy CRC, DeCarlo bought three smaller companies in New York and California. Dozens more purchases have followed, with a maximum purchase price of about $100 million. Most were small and midsized wholesale insurance agencies owned by entrepreneurs with strong client lists and expertise in special categories. Agent Joe might be an expert in finding insurance for sawmills, while agent Janie may be a rock star in protecting companies facing product recalls.

DeCarlo offers Joe and Janie a straightforward sales pitch: AmWINS will buy your business, taking away the stress and risk of ownership, if you remain committed to your new employer. In return, you will own part of a fast-growing, well-capitalized business with much better prospects than your own. The message has clicked. “Once you make it clear you are not the bogeyman, and there is word of mouth that [AmWINS will] honor their word and deliver, then it works.”

DeCarlo had worked with wholesale agency owners for two decades — he got into the business straight out of college — and understood that sales skills, not operations, were their strong suit. “I kept saying to these guys, ‘You are great at what you do, but you really need to stop spending all of your money in Las Vegas and start running a business.’”

In 35 of its 37 deals, the selling CEO remained with AmWINs. (Two former owners have died.) “That’s what we pride ourselves on,” DeCarlo says. “If the guy is ready to retire and his son is not that bright, it probably won’t work. But if the guy is energized for the next 10 years, and he wants to protect his family by taking a lot of risk off the table by selling to us, then I get interested.”

Insurance agents selling to AmWINS stay because DeCarlo developed “a culture in which they can feel good even though they’ve given up ownership,” says Bobby Reagan, an Atlanta consultant to insurance agencies. “They’ve also gotten stock in AmWINS, and why would you ever leave given how the stock has performed so well?”

Making the highest bid for an agency isn’t always the most important factor, says David Dabbs, a lawyer at Robinson, Bradshaw & Hinson P.A. in Charlotte, who has advised the company since its inception. “You need to sell people on your vision. Steve’s ability to do that is just remarkable.”

Being part of a larger organization also gives retail insurance agents more pull when conflicts arise over claims. AmWINS’ role is to help resolve problems using its expertise and contacts. “Our definition of leverage is the ability to call the right person,” DeCarlo says.

Like many success stories, AmWINS’ growth hinged partly on some luck. DeCarlo calls 2005 the company’s pivotal year, thanks to a guy famous for investigating Wall Street skulduggery and a political career derailed by visits to a prostitute. New York Attorney General Eliot Spitzer included the industry’s big insurance brokerages in his early 2000s drive to clean up the financial industry. Spitzer targeted alleged anti-competitive practices by AIG, AON, Marsh & McLennan and others, including hiding fee information and not disclosing possible conflicts of interest. One issue involved the insurers’ practice of booking commissions from businesses seeking insurance, then taking additional payments from insurers that wrote the policies.

“The opportunity to buy [the] Stewart Smith business changed everything” because AmWINS gained scale and credibility, DeCarlo says. The company avoids potential conflicts because it doesn’t own retail insurance agencies. “We raised $100 million in debt for the deal, and that’s when our friends really started calling us to say, ‘OK, now explain to me what you are doing.’”

Parthenon was among the callers, leading to a seven-year investment in AmWINS that paid off when the private-equity group sold its stake in 2012 to a much larger PE firm, New York-based New Mountain Capital, in a deal valued at $1.3 billion. “From 2005 to today, AmWINS grew from a middle-of-the-pack player in an underappreciated segment of the insurance industry into the undisputed leader in one of the market’s most dynamic segments,” Parthenon’s Golson says.

AmWINS considered six or eight well-known New York PE firms before settling on New Mountain, which manages more than $15 billion. Three years later, in mid-2015, New Mountain sold part of its holdings to the Public Sector Pension Investment Board, one of Canada’s largest pension investment managers. That deal valued the company at $2.3 billion, a 77% increase from three years earlier.

“We did so well from 2012 to 2015 that it led to a natural evolution,” DeCarlo says. “New Mountain had put a significant amount of chips on the table in 2012, and after selling their shares, they still have a good chunk of the company. It’s a win-win.”

Now, PSP, New Mountain and AmWINS employees each hold a third of the shares. The ownership structure is designed to create a company that DeCarlo says can survive for 150 years. PSP’s desire for a lucrative long-term investment is balanced with New Mountain’s shorter time frame and AmWINS’ goal of staying independent. Pension funds often hold their investments much longer than the three- to seven-year cycles of private-equity companies. “Private equity gets paid when an asset sells,” Purviance says, “[while] PSP is paid on unrealized gains every year, so their investment in us grows every year.”

Having massive financial backing is important, but the main assets of an insurance brokerage are its people, Dabbs says. “You depend on people to service clients, so people really matter. Being likable is important, and Steve is extremely likable.” That gregarious nature extends to both top industry execs and the rank-and-file. DeCarlo is known for gabbing with caddies, busboys and waiters during restaurant or country-club visits, the lawyer adds. “Even Steve’s detractors, and I’m sure there are some, have a real respect for him because when he puts his word on the line, he delivers,” trade-association executive Crerar says. “He’s no asshole.”

DeCarlo credits his career path partly to his father, who was a high school guidance counselor in South Plainfield, N.J. The town had 26,000 people, including 24,000 Italian Catholics, says DeCarlo, whose gravelly voice retains a distinct Jersey accent. A favorite pastime as a youth was leaving school early to caddy for “rich guys” at Plainfield Country Club. He made $14 per round.

“My dad noticed that I wasn’t hitting any books for my Latin class, so he suggested I try bookkeeping. So I became an accountant,” earning a bachelor’s degree at East Tennessee State University. His mother, a Newport, Tenn., native, met his New Jersey-born dad at ETSU. That’s why DeCarlo calls himself a mixture of meatballs and grits, a joke he estimates that he’s repeated at least 4,000 times.

After college, he joined Crum & Forster, a Morristown, N.J.-based property-casualty insurer, then transferred to Atlanta. He later joined a startup wholesale brokerage run by Steven Smith. “The AmWINS culture is an offshoot of Steve’s company. He’s the one guy who really changed my life.”

After Smith’s company was acquired by Charlotte-based Royal & Sun Alliance USA, DeCarlo quit two years later, on the day that his employment agreement concluded. His departure proved well-timed as Royal stumbled after a disastrous $1.4 billion 1999 acquisition of Orion Capital Corp. By then, he had moved to Charlotte, where AmWINS remains based because DeCarlo and his wife of 30 years, Lee Ann, considered it a great place to raise their three children, Jenna, Nick and Reid.

Though AmWINS consistently ranks high on lists, including Business North Carolina’s annual ranking of the state’s private companies, DeCarlo keeps a low profile. “It’s a combination of modesty and his work ethic,” Dabbs says. “He’s not out beating the drums looking for publicity, and while he may not be that well-known here, within the industry everyone knows him.” DeCarlo says he’s “135% committed” to AmWINS, which Dabbs says is evident from the CEO’s middle-of-the-night emails and constant use of his laptop, including when he’s dining out with friends.

Still, Dabbs says DeCarlo doesn’t take himself too seriously. He often wears khaki shorts at his company’s SouthPark-area office. A member of Carmel Country Club for 16 years, he’s never played golf there, though he tees up elsewhere for business-related events. He recently birdied the 18th hole at Augusta National, home of the Masters golf tournament. He reminded his host, a member of the citadel of Southern WASPishness, that “Augusta is an Italian course — it ends in a vowel.”

DeCarlo and AmWINS President Skip Cooper, recruited from CRC in 2007, are both 58 and looking at management succession. “If you don’t let the next generation run the firm, then the next generation is going to run,” DeCarlo says. Chief Operating Officer Purviance, 46, “is my alter ego, a finance guy who really understands the core of our business.” Among his younger executives, DeCarlo cites Ben Sloop, whose degrees from Harvard and Stanford universities give him contacts that DeCarlo jokes are not available to East Tennessee State grads.

“To get to 150 years, you need more buy-in than just five top guys. The business will go on because it’s becoming a business; it’s not a kingdom run by a guy with a plane and a boat,” he says. “That’s why our company isn’t called DeCarlo.”