Phil Berger isn’t known as an emotional guy, but his attitude was at least ebullient during an interview last week in which the N.C. senate president pro tem offered his view on the election results.

Polls leading up to the election suggested that N.C. Democrats had a good shot at winning control of either or both of the legislative chambers — the so-called “Blue Wave” — which would enable Gov. Roy Cooper to institute many new policies. Instead, it appears Republicans gained ground in the N.C. House and had a net loss of one seat in the Senate, where Berger has been the key agenda setter for a decade. It’s likely Republicans will hold 69 of 120 House seats and 28 of the 50 Senate seats. 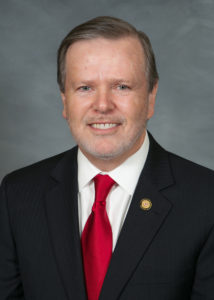 He says Democrats wanted the election to center on two issues: the pandemic crisis showed the need for Medicaid expansion and Republicans had “starved the public schools of funds.” In both instances, voters rejected the Democrats’ position, according to Berger, who has practiced law in Rockingham County since earning a Wake Forest University law degree in 1982.

Gov. Roy Cooper said his 4 percentage point victory over Dan Forest provides a mandate to promote expanding Medicaid to more than 500,000 North Carolinians. Not true, Berger says, noting that in every other competitive statewide election in which the issue was a significant issue, Republican candidates prevailed.

Asked if he sees much room for compromise on Medicaid expansion in 2021, Berger didn’t sound hopeful. Proponents favor a “one-size fits all” approach rather than accepting common-sense reforms, which makes negotiations difficult, he says. He also rebuffs the notion that the “feds” will pay for expanding the rolls, not state taxpayers. “The real problem is no one is paying for. They are just printing money. It’s another example of a problem we’re leaving for future generations.”

“If I had taken a wide guess on the amount of money that would be spent, I would have missed it by 50%,” he says. “People should realize how the national Democratic Party and Democrats in other states wanted to influence the governance of people’s lives in North Carolina. We’ve always had money come in, but we’ve never seen the flood of resources on behalf of one party.”

Among the GOP Senate incumbents who faced a blitz of negative campaign ads in the state’s relatively few competitive districts were Bob Steinburg of Edenton, Jim Perry of Kinston, and Joyce Krawiec of Winson-Salem. Each won by from 6 to 10 percentage points. Berger credits their attention to key issues in their districts.

I asked Berger if he was concerned that none of the 10 state senators representing parts of the state’s two biggest and most economically robust counties, Mecklenburg and Wake, will be Republicans. The current number is two, but the district maps were redrawn earlier this year. “Those counties are an example of drawing lines within a county that will elect just one party,” he says. “It’s a sign of significant Democratic gerrymandering.” He notes that Republican candidates received, on average, about 38% of the votes in Wake and 23% in Mecklenburg.

The Republican success in North Carolina was similar to the national trend. Democrats had hoped to flip 10 legislative chambers, but came up empty, Nationally, Republicans control 59 of the 98 partisan chambers. (Nebraska has a nonpartisan, unicameral Legislature.)