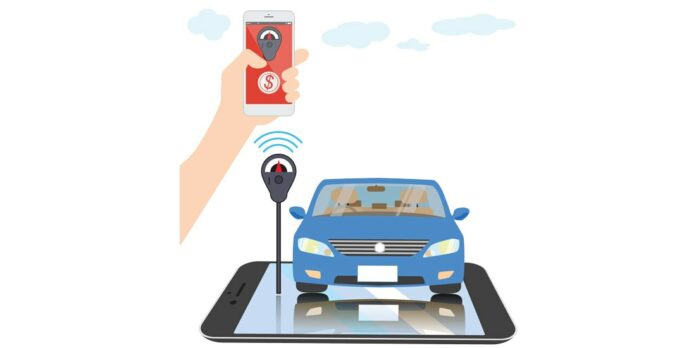 Enabling motorists to make mobile payments for inner-city parking has helped Charlotte-based Passport get moving since its founding in 2010. But the company’s ambitions have grown dramatically, prompting a $43 million investment from private-equity firm Bain Capital Ventures. It marked one of the largest venture investments in North Carolina in 2017 and more than doubles the $17 million previously raised by Passport from Grotech Ventures, MK Capital and others. The money should allow Passport to hire 50 people this year, joining a current staff of 100.

The attraction for Bain is that Passport’s software enables mobile-savvy commuters to pay for parking and bus or subway rides. Mass-transit systems in Charlotte, Detroit and Miami already offer the service. The company is expanding into toll roads, having recently earned a bid to work with the Pennsylvania Turnpike Commission, Chief Revenue Officer Khristian Gutierrez says. Passport’s products will allow motorists to pay for tolls with mobile devices rather than fishing for cash or credit cards.

“We’re really looking to simplify that [customer] experience with mobile,” Gutierrez says, while also helping government transportation agencies connect with the public and raise more revenue. “We can provide a one-stop shop and help a city with mobile payments” for parking, transit-system fees, fines and other services. “The data becomes incredibly powerful for those agencies.”

Chief Executive Officer Bob Youakim, a former investment banker who co-founded Passport, is focusing this year on expansions in Latin America and the United Kingdom, where it launched service in central London’s Westminster neighborhood last April. Boston-based Bain Capital Ventures is also a lead investor in Charlotte-based AvidXchange, which develops accounts-payable software and has secured more than $500 million in financing. Bain Managing Director Matt Harris is a director of both Charlotte companies.

“At the core of everything we’re trying to do, we’re looking to create additional jobs here in North Carolina,” Gutierrez says.

CHARLOTTE — Camden, N.J.-based Campbell Soup will acquire Snyder’s-Lance for about $4.9 billion in cash, or $50 a share. Snyder’s, which makes pretzels, crackers and other snacks, employs about 6,000 people and has annual sales of about $2.2 billion. The deal, Campbell’s sixth in five years, is expected to close by the second quarter.

CHARLOTTE — Scott Purviance, 48, will become CEO of AmWINS Group May 1. He succeeds Steve DeCarlo, who has led the wholesale insurance distributor since 2000 and will become executive chairman. A Wake Forest University graduate, Purviance is currently chief operating officer. He joined AmWins in 2001 and was chief financial officer for 15 years.

MOORESVILLE — Tristone Flowtech USA, a subsidiary of Germany-based Tristone Group, will invest $23.6 million and create 302 jobs in its first U.S. plant. The company makes engine- and battery-cooling systems and air-charge and air-intake systems for car manufacturers.

BESSEMER CITY — Belgium-based Dhollandia MFG will create 150 jobs and invest $30 million in its first U.S. manufacturing plant. The company makes hydraulic lifts for trucks and other vehicles. Dhollandia could receive nearly $1.5 million in state grants if it meets hiring goals.

ALBEMARLE — Brendan Duffey was named chief executive officer of Uwharrie Bank. He joined parent company Uwharrie Capital in 2004 as chief operating officer and became president of the bank in 2013. Roger Dick will remain CEO of the parent company. Uwharrie had assets of $592 million as of Sept. 30.