Charlotte’s AvidXchange Inc., an automatic-payments provider and the state’s second-largest jobs creator, announced it will invest $41 million to expand its corporate headquarters north of downtown. The second 200,000-square-foot building will be an extension of AvidXchange’s current development on the 32-acre property. 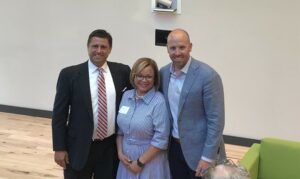 The sister buildings will be connected by a two-story cafe and will include a rooftop taproom. The expanded headquarters will house the company’s customer relations and career and development centers, while also providing room for its growing workforce. AvidXchange plans to add upward of 1,200 jobs over the course of the five-year investment period. It currently employs about 1,000 in Charlotte, adding more than 600 workers over the past three years, surpassing its 400 job target.

“As our business has grown, so too has our love for the city and the belief that somehow we can also be part of shaping the skyline of Charlotte,” AvidXchange CEO Michael Praeger says. “[The expansion] is really a reflection of the significant growth we’ve experienced over the past several years.”

The expansion was aided by $24.6 million in state and local incentives, with the new salaries averaging roughly $68,500, according to Charlotte Business Journal. 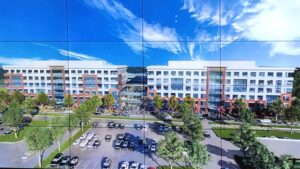 AvidXchange will also upgrade its facility across the street from its headquarters to include indoor basketball and volleyball courts, a track, and conference rooms and meeting amenities.

In total, the project is expected to grow the city and state’s economy by $2 billion, according to Charlotte Mayor Vi Lyles.

The fintech firm also announced a strategic partnership with SAP Concur, a Washington-based software as a service company that provides expense-management services to businesses.

The partnership will grow AvidXchange’s payment network to over 5,000 suppliers, giving the companies “the best in-class offering, from invoice processing to payment,” says Ben Brewer, SVP and general manager of Global SMB at SAP Concur. The companies hope to automate payments for businesses to increase efficiency and leave paper billing in the past.

AvidXchange is Charlotte’s largest technology company and one of just 24 fintech unicorns, defined as private companies valued at over $1 billion.