Were the pandemic not dominating the news, North Carolina’s newspapers and TV broadcasts would most likely be filled with stories about the mismanagement at the N.C. Department of Transportation. 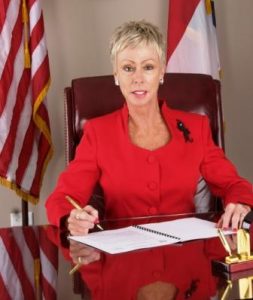 T overspent its $5.9 billion budget by $742 million, or 12%, last year raised few ripples. But the agency’s track record, coupled with sharp declines in gas tax revenue caused by the heavily shuttered economy, has major ramifications for the state’s construction industry.

In her 11th year as auditor, Wood sent investigators to study the department’s finances. She expressed shock at the lack of financial controls at the agency, which she noted employs 24 internal auditors.

“Had they done what they should have done, managing better and holding people’s feet to the fire, the state of North Carolina could have $700 million more in its coffers right now,” she said.

Among Wood’s criticisms is NCDOT’s decision to reserve $50 million annually for hurricanes and other natural disasters, even though costs have consistently exceeded that level since 2014. Last year alone, the department spent $291 million to repair roads damaged by hurricanes but failed to slow spending on its normal business. “That is just BS right there,” Wood said.

In a written response to Wood, NCDOT Secretary Eric Boyette accepted her findings and noted that the department had implemented them with the exception of changing the disaster budget. That will take more money from state lawmakers, he noted.

An NCDOT spokesman declined to expand on Boyette’s comments. Previously, NCDOT officials have rebuffed criticisms of the agency’s spending by blaming high costs of disaster-related repairs and litigation from right-of-way disputes.

North Carolina has the second-largest state-maintained road network in the nation. The state has historically taken pride in its roads, while NCDOT has prided itself on efficient management compared with peer states.

NCDOT said in April, it expects a budget shortfall of at least $300 million in the fiscal year ending June 30. It is delaying hundreds of construction projects and laying off about 300 temporary and contract employees. More than half of department revenue comes from gas taxes, which is plummeting as the state restricts movement and economy activity.

Wood, who is a Democrat, said she didn’t view her report as an attack on Gov. Roy Cooper or his administration. Poor financial controls at NCDOT extend to the Pat McCrory administration, she said. Cooper is a Democrat who defeated the Republican McCrory in 2016.

Rather, she says blame falls at the feet of Tony Tata, who led NCDOT for much of McCrory’s term, and Jim Trogdon, Cooper’s NCDOT secretary until he was dismissed in February and replaced by Boyette, who had led the state’s information-technology department.

Wood is urging state lawmakers to require the N.C. Office of State Management and Budget to gain authority to oversee NCDOT spending, just as it does for other state agencies. “[NCDOT] has a budget every year, then they take bond proceeds and they intentionally spend down the cash they have. But nobody at [NCDOT] oversees that spending plan. … And right now, there is nobody to call them on that.”