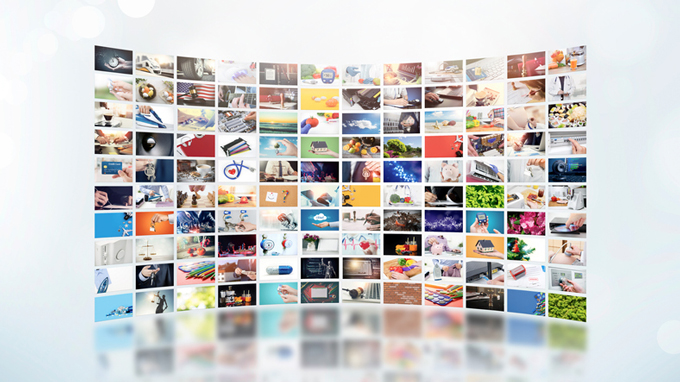 But the ability to execute this expansion depends on having a trained workforce that can build and maintain a much larger fiber optic network. Broadband doesn’t install itself. This is a problem because there aren’t enough workers to meet the demand. The industry estimates that it needs 850,000 additional workers by mid-decade.

Two major industry players, wireless giant AT&T and Corning, the largest U.S. manufacturer of fiber optic cable, have joined up to launch a fiber optic training program at Corning’s North Carolina facilities. Training will be done at the Corning Optical Communications headquarters in Charlotte but may also use other Corning facilities in the state.

I talked about this partnership last week with two industry veterans, Bob Whitman of Corning, the Charlotte-based vice president of market development, carrier networks, and Jeff Luong, AT&T’s Los Angeles-based president, broadband access and adoption initiatives. Both have been in telecommunications for 25 years.

“We’re doing this because it is an industry challenge,” says Whitman, “and so what we hope to be able to do is create a program that can be scaled easily.”

“It helps everybody,” adds Luong, “if we are able to grow the pool of resources to operate in this industry.”

Fiber optic cable has been around for decades, and both AT&T and Corning were pioneers in its development.  As traffic on the Internet grew exponentially over the past 25 years, fiber — with its massively greater capacity and speed — gradually started replacing the old copper telephone and cable networks.

Our emails, tweets and movies are increasingly passing through very thin glass fibers as light pulses travel incredibly fast from transmitters to receivers. Hundreds of fibers can be bundled in one cable. The cables can have special connectors at each end to allow them to be plugged in to transmitting and receiving equipment. Sometimes there is splicing involved, and repeaters and amplifiers. While fiber optic cable is a major improvement over copper, it is complex technology.

The folks who work with it in the field need specialized training. The growth of our digital economy depends on the installation and management of glass fibers approximately the thickness of a human hair.

Corning is a major employer in North Carolina, with optical fiber plants in Wilmington and Concord. Optical cable manufacturing sites are in Winston-Salem, Newton and Hickory.  The company also has a Life Sciences operations here, and between Optical Communications and Life Sciences, it employs more than 4,500 across the state.

Business in the Optical Communications segment has been good. The first quarter of this year saw sales 28% higher than in the same quarter in 2021, as customers like AT&T increased capital spending on 5G, broadband and the cloud. Telecom has recovered from the collapse of the industry 20 years ago, when the crash of the dot-coms hammered companies like Corning and one-time Triangle behemoth Nortel Networks that grew with the early Internet.

“What we’re seeing in the industry right now is tremendous demand,” says Whitman.  “We are really enjoying this because, as an industry, we are so pleased to see resurgence in fiber to the home, which has been an area that I’ve worked in for a long time.

“But that opportunity has generated some challenges,” he says. Some of these are being met with plant expansion. Last September, Corning announced it will invest $150 million to expand manufacturing operations in Catawba County, creating 200 more jobs in Hickory.

Many of the folks to be trained by Corning in the AT&T partnership will probably come from North Carolina, but they could also come from out of state. “We’ve stated along with AT&T we think the number’s in the thousands [of prospective trainees],” says Whitman. Details such as how participants would be referred to the program are still being worked out. Corning intends to expand enrollment options as it scales up the program.

“Everybody is going to need basic fiber training, whether you are doing engineering design [or] you’re a splicing technician doing field walkouts.

“We give entry level folks the basics that they need to start work in the fiber optic field, and then some of the carriers we’ve talked to would then take [it] from there. Or the construction companies we’ve talked to would take folks through their own specialized or specific training. Everyone has their own way of doing things and Corning will teach the basics, and others will teach the way they like to do things to extend the training.”

Luong, of AT&T, says one problem facing the industry is that telecom training has not been a focus of higher education. “You think about what is the type of infrastructure that is most critical to our economy and to the future of the country in terms of the competitiveness with the rest of the world.  I would argue that telecom and connectivity is as important as roads and bridges, as railroad tracks, as any other infrastructure that has occurred in the past 100, 150 years, yet we don’t have the training programs to produce those type of resources that the industry could utilize to further our goal as a nation.”

Some help is coming. Wilson Community College has launched a fiber optic installation training program in partnership with the Fiber Broadband Association, one of the first of its kind in the nation.  The program consists of 144 hours of class instruction and labs, leading to apprenticeships. I am betting that other community colleges will be developing similar, tightly focused programs around the country, because the demand for workers will be ongoing.

The role of fiber

Most folks connect to broadband wirelessly. At home, you’re connected through a wi-fi network and then to the fiber optic cable connected to your house. When you use a cell phone, you are connecting to a cell tower, and your voice and data area are converted in steps to an optical signal that goes through fiber to a network hub and the Internet.  So everything starts, pretty much, wirelessly and eventually winds up traveling through fiber, whether you are 10 feet from a router at home or talking in your car a thousand feet from a tower.

What has happened in the last couple of decades is that we are using more powerful cell phones and laptops sending and receiving more data. With every new generation of technology — enabling new applications and larger volumes of traffic — more towers and fiber optic cable need to be deployed to handle the enormous increase in video calls, movie streaming, cat photos and ride-hailing. At some point, 5G-enabled cars will talk to each other as the Internet of Things links all our technology and appliances, with 25 billion networked devices globally by 2030, triple what’s connected today. The amount of data flowing through networks will soon be massively greater than it is today.

The advances in technology are happening at exactly the same time as the big national push to deploy more fiber to underserved communities. The 2020s will be the big buildout of the national broadband network, just like the 1930s and 1940s saw electricity come to the nation’s farms.

AT&T is in the middle of a three-year, $2 billion effort to help bridge the digital divide by offering low-cost broadband offerings and charitable contributions. A White House event Monday, attended by Luong, was held to highlight the efforts by AT&T, Verizon, Comcast and other carriers to make broadband more affordable for unconnected households.

A year and a half ago, AT&T alone had 15 million customer locations connected with fiber across the country, and it committed to doubling that by the end of 2025.

“All that requires people,” says Luong. “It requires highly trained, capable people able to help us keep pace with the rest of the world.”