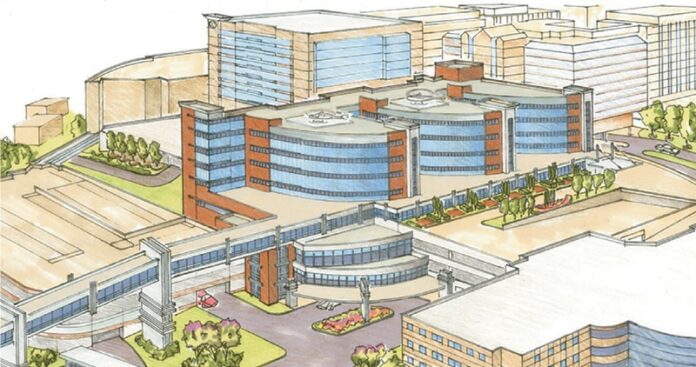 More than 25 years ago, a Chicago-based consultant told the Forsyth Medical Center trustees in Winston-Salem that North Carolina probably didn’t need four medical schools. The comment might have gone unnoticed except he added that Wake Forest University’s highly regarded Bowman Gray School of Medicine most likely had the weakest outlook.

His point was that Duke University’s medical school had an international reputation, while UNC Chapel Hill and East Carolina University had strong financial and political backing from state government. Bowman Gray was an outstanding private school in a relatively small city that lacked similar muscle, the consultant said.

The comments upset people in Winston-Salem, some of them blaming Forsyth Medical Center CEO Paul Wiles for stoking controversy at a rival. Then as now, Forsyth, now part of the Novant Health system, is the publicly chartered competitor of Wake Forest Baptist Health, a not-for-profit hospital system affiliated with the university’s medical school.

“It sent some Wake Forest people over the edge, but I never said it,” says Wiles, who retired as Novant CEO in 2011. “Consultants do what they do. But it probably made the environment more competitive than it needed to be.”

Late last year, the renamed Wake Forest School of Medicine finally got the financial backing that the consultant deemed necessary. But the new operator, Charlotte-based Atrium Health, has much bigger ambitions than maintaining a status quo. As he takes charge of the medical school and Wake Forest Baptist Health, Atrium CEO Gene Woods is promising a “nationally leading environment” to develop breakthrough technologies, new cures and explosive economic growth. He envisions a Silicon Valley-type region for health care entrepreneurship.

The combination “creates an academic medical center with the potential to be a national leader in research, education and the innovative delivery of health care [that] our communities need and deserve,” said Bill Warden, chair of Wake Forest University Baptist Medical Center’s board, in a release. He is a retired Lowe’s executive who lives in Wilkesboro.

Warden, Wake Forest University President Nathan Hatch, university board Chairman Gerald Roach and other officials were so smitten with Atrium’s potential that the 98-year-old institution with $3.6 billion in annual revenue essentially changed hands without any money transferred.

That mirrors the 1997 transaction involving Forsyth Memorial and Charlotte’s Presbyterian Hospital, which led to Novant Health, now the state’s second-biggest system behind Atrium in terms of revenue.

“There was no payday, just a merger of two balance sheets,” says Wiles, who negotiated the deal at the invitation of his former Duke University graduate school classmate Paul Betzold, then CEO of Presbyterian.

Wake Forest Baptist was then cresting, having grown significantly during the 23 years that Richard Janeway led the medical school. Coinciding with an era when tobacco, banking and apparel profits made Winston-Salem unusually wealthy, the neurologist-turned-executive helped Bowman Gray grow “from a small regional medical school to a sprawling medical complex that is a national leader in many research fields,” the Winston-Salem Journal wrote in Janeway’s obituary in 2019. During his tenure, the faculty tripled to 700 and staffing nearly quadrupled to more than 2,300.

“Wake Forest Baptist always focused on research, which means spending a lot of money on researchers, while there was hardly any research going on at Forsyth Medical,” says Bob Conn, a Charlotte Observer medical reporter whom Janeway hired in 1986 to work as a hospital publicist. Conn retired in 2006 after 20 years. “Because of that spending, research findings came out that might have been incidental to many people but really changed the way that medicine was practiced. The school had a pristine reputation.”

Over the last decade or more, though, Novant grew faster and more profitably than its better-known competitor. Novant’s Charlotte expansion put it in a lucrative oligopoly with Atrium in one of the nation’s fastest-growing metropolitan areas, helping finance acquisitions of hospitals in northern Virginia and coastal North Carolina. In February, Novant outbid Atrium in the fight for New Hanover Regional Medical Center, though Atrium had longstanding ties with the Wilmington hospital.

Under leaders Richard Dean, John McConnell and current CEO Julie Ann Freischlag, Wake Forest Baptist tried to keep pace, expanding in suburban markets and buying High Point Medical Center in 2018. But it essentially broke even in the 2018 and 2019 fiscal years while Novant and Atrium were earning hundreds of millions of dollars. The Atrium deal was announced in April 2019 and, with minimal public debate, received regulatory approval late last year.

Novant has a very different culture than Wake Forest Baptist, says Zagros Madjd-Sadjadi, an economics professor at Winston-Salem State University. “Novant has been solely focused on health care. Wake Forest is a teaching hospital and affiliated with a university, which is going to be a huge complication given the bureaucratic nature of universities. It just moves a lot more slowly because there is an extra layer of complexity.”

Winston-Salem “is a small town to have all the health care capacity that it has, and medical schools need huge populations to be really good,” Wiles says. Wake Forest Baptist was “sitting between a bunch of good organizations including Moses Cone [Hospital] in Greensboro, Mission [Health] in Asheville, and they didn’t really have a big draw area.”

Atrium doesn’t move slowly. It has bought hospital systems in Georgia and made unsuccessful bids for UNC Health and New Hanover Regional in the last three years. Its Wake Forest Baptist deal commits $3.4 billion for capital projects over the next decade, including a new patient tower in Winston-Salem and a medical school campus in Charlotte. The Queen City’s status as the largest U.S. city without a medical school has long rankled local leaders, so Wake Forest Baptist’s expansion plans sparked strong endorsements from Bank of America CEO Brian Moynihan and others.

Winston-Salem benefits from the transaction too, Chamber of Commerce President Mark Owens says, suggesting the deal can’t be compared with ego-busting headquarters moves to the Queen City by brand-name employers such as BB&T/Truist, Krispy Kreme and Wachovia. “For Forsyth County, we have two amazing health care systems, and this adds options and activity,” Owens says. He quotes Atrium Chairman Ed Brown saying, “‘Atrium is willing to invest in [downtown Winston-Salem’s] Innovation Quarter.’ They see an opportunity to grow there.”

Madjd-Sadjadi says the transaction favors Wake Forest Baptist because “it gets to expand without having to build buildings, buy doctors and go through the certificate of need process — Atrium will do that for them.” While Atrium hasn’t pledged publicly to retain jobs in Forsyth County, the two systems have little overlap, so few layoffs will be necessary, the professor says.

Closer ties with Charlotte aids Winston-Salem, Owens says. “The main thing for me is that this can unlock the next phase of growth for the Innovation Quarter to get an injection of capital and resources,” he says.

Compared with Charlotte, health care competition is more fragmented in the Triad, where Novant, Wake Forest Baptist and Greensboro-based Cone Health have fairly even market shares. Norfolk, Va.-based Sentara Health, a large system with an insurance subsidiary, has a letter of intent to acquire Cone Health. A combined Wake Forest-Atrium is “better suited to respond to, and in many cases drive, the region’s competitive dynamics,” according to a November report by S&P Global Markets.

It also puts Wake Forest School of Medicine on a firm foundation with third- and fourth-year medical students set to rotate at Charlotte’s Atrium facilities. Eventually, 3,200 medical students are expected to be trained there by 1,600 Wake Forest educators, Atrium’s Woods says.

Novant, which has shown less interest in owning a medical school than Atrium, has formed a partnership with UNC School of Medicine at its Forsyth, Mecklenburg and New Hanover county locations. That will replace existing programs between Atrium and UNC.

Freischlag has said she and a majority of the school’s medical faculty will remain in Winston-Salem. Wiles isn’t so sure. “If Atrium puts up hundreds of millions of dollars for a Charlotte medical school, where might the faculty want to go? I think the story will take a while to be told.” ■