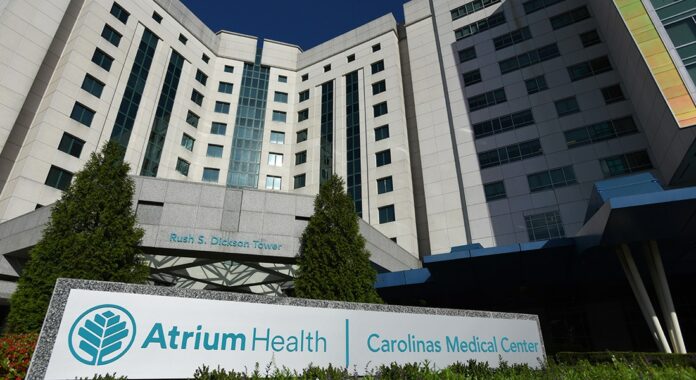 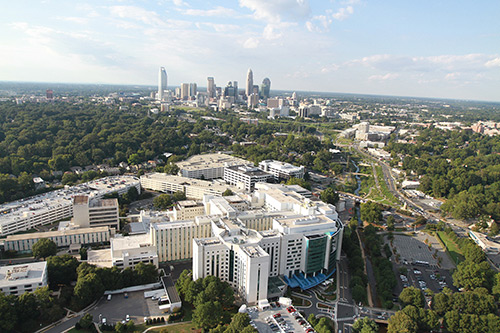 With great concern over the failing finances of many rural hospitals in North Carolina and across the nation, Atrium Health CEO Gene Woods emphasized last week that his Charlotte-based system deserves credit for improving care in less urbanized areas.

At the system’s quarterly board meeting, Woods said that “many” of the hospitals that Atrium either owns or manages would have closed without those affiliations. He didn’t name specific examples, but Atrium owns or operates hospitals in Lincolnton, Monroe, Shelby, Wadesboro, Whiteville and several other locations around the state.

In the Charlotte area, he noted that Atrium has “also doubled down on our commitment to the urban poor” including hefty investments for new affordable housing and free breakfast and lunch programs for needy children in the region. Woods’ concern for rural health care is something he’s talked about since arriving in Charlotte in 2016. It’s also smart politically given concerns that increasingly large hospital systems have market concentration that contributes to health care inflation.

To the contrary, Atrium officials say their size provides greater efficiencies. In 2010, Atrium had 30 hospitals, 50,000 employees and provided $1 billion in “community benefit,” or uncompensated care, that was passed along to other payers. Entering 2020, Woods says, Atrium has 45 hospitals, more than 70,000 employees and provides $2 billion in community benefit. It’s the state’s third largest private employer, he said. It is likely to post a net profit of more than $1 billion this year and more than $600 million in 2020. 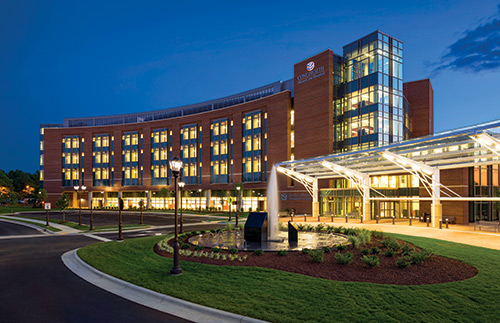 At the quarterly meeting, Atrium disclosed its 2020 financial forecast, which didn’t included the impact of any potential partnership with Winston-Salem-based Wake Forest Baptist Health. Woods didn’t provide details about the arrangement, except to say the Federal Trade Commission is reviewing the deal. None of the 26-member Atrium board asked financial questions during the meeting’s public session.  (More on the board below.)

But Atrium disclosed that it expects its total enterprise revenue to decline by 20% to $8.2 billion, reflecting that it will no longer report the revenue of Greensboro-based Cone Health, which exceeds $2 billion annually, hospital officials say. Atrium has had a management-services agreement with Cone since 2012 in which it provides some purchasing and management oversight. Recently, Atrium and Cone revised their agreement to a less comprehensive “shared services” agreement, spokesman Doug Allred says. Cone Health is a not-for-profit authority that employs more than 12,000 people. CEO Terry Akin previously worked as an Atrium employee before joining Cone.

Cone and Atrium declined to provide details of their new agreement.

Atrium projects a net profit of $601 million next year, versus an expected $1.09 billion this year. Much of that change reflects reduced investment income. This year has produced massive restatements because of the strong stock market. While a market collapse isn’t expected in 2020, Atrium doesn’t expect to book similar gains in the coming year.

Excluding investments, Atrium projects operating income of $239 million versus $344 million in 2019. The decrease reflects the impact of the Cone affiliation and increased capital spending. Atrium expects to have capital expenditures of $972 million next year, versus $864 million in 2019. Most of that spending will occur in Mecklenburg County, led by a $63 million investment for a new tower in Pineville; $57 million for an office building in Charlotte’s Dilworth neighborhood; $30 million for a Levine Children’s Hospital project; and $28 million to improve the Carolinas Rehabilitation Hospital adjacent to the main Charlotte campus.

Atrium is well-positioned to invest because its assets exceed liabilities by $7 billion, including current assets of nearly $1.7 billion. Long-term debt totals $2.3 billion.

One other Atrium note: The longevity of its board leadership is notable for a quasi-public institution. Hendrick Automotive Group CEO Ed Brown will be chairman for the seventh consecutive year in 2020. Before Hendrick, Brown was a top Bank of America executive, helping former CEOs Hugh McColl Jr. and Ken Lewis build the nation’s second-largest banking company. That M&A experience comes in handy as Atrium expands aggressively.

Brown will be leading a 30-person Board of Commissioners in 2020, which includes four new positions from a bylaw change. Twenty-eight members already serve on the board now or on the affiliated Board of Advisors, a post for prospective commissioners. The two newbies, banker David Danzie and funeral-home operator Starr Purdue, are both from Macon, Ga., where Atrium owns the main hospital system.