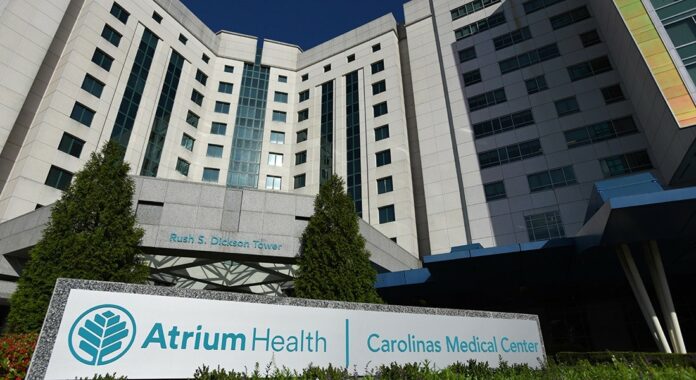 Atrium Health is combining with Wake Forest Baptist Health, including Wake Forest School of Medicine, creating a single enterprise that will have more than 70,000 employees and provide care for potentially more than 7 million people across North Carolina. Atrium is based in Charlotte, while Wake Forest’s headquarters are in Winston-Salem.

Top officials pitched the transaction as a game-changing opportunity for North Carolina, and particularly Charlotte, by combining two giant systems and boosting the medical education expertise of Wake Forest, which started its med school in 1902. Wake Forest plans to open a new med school campus in Charlotte, creating a combined education system that will teach more than 3,500 students in 100-plus programs.

“As the health care field goes through the most transformative period in our lifetime, in addition to a new medical school, our vision is to build a ‘Silicon Valley’ for healthcare innovation spanning from Winston-Salem to Charlotte,” said Eugene Woods, president and CEO of the new Atrium Health. “We are creating a nationally-leading environment for clinicians, scientists, investors and visionaries to collaborate on breakthrough technologies and cures. Everything we do will be focused on life changing care, for all, in urban and rural communities alike. And we will create jobs that provide inclusive opportunities to enhance the economic vitality of our entire region.”

No financial details were immediately disclosed and Woods and Wake Forest officials declined to address specific questions submitted by reporters related to those details during a press conference.

The Federal Trade Commission approved the transaction this week, which Woods says was the final regulatory decision. It came 18 months after the two groups announced the potential combo. Since then, the two organizations haven’t disclosed details about the combination publicly.

The new enterprise takes effective immediately including integration. Retired Bank of America executive Ed Brown, who has chaired the Atrium board for many years, will lead the board of the new combined enterprise, Atrium Health Inc. Wake Forest Baptist Health CEO Julie Ann Freischlag will become chief academic officer of Atrium Health in addition to her current titles, according to a press statement.

Wake Forest Baptist has reported weak operating results in recent years, while Atrium has posted record profits. Atrium has about triple the revenue of Wake Forest Baptist, which operates in the Triad, which has grown at slower pace than Atrium’s key Charlotte market. Both are not-for-profit institutions that compete in the Charlotte and Triad markets principally against Novant Health. The latter company recently agreed to invest more than $4 billion in cash and long-term capital projects to acquire Wilmington-based New Hanover Regional Medical Center.

Atrium released a list of Charlotte and Triad civic leaders praising the combination, including Bank of America CEO Brian Moynihan, Winston-Salem car dealer and Wake Forest Baptist board chairman Don Flow and Winston-Salem Mayor Allen Joines. “It appears that this will result in net new job growth for our communities and significant capital investment,” Joines said in a release.

“This new School of Medicine and Innovation District will be the most transformative initiative in the history of Charlotte,” said Hugh McColl Jr., a former CEO of Bank of America.