Atrium CEO advises staff to ignore “noise in the media”

North Carolina’s biggest health care system is facing off in court with the owners of Southeast Anesthesiology Consultants, a Charlotte group of physicians whose contract is being replaced by another group. Also, Atrium said it would “honor the decision by some of the physicians at Mecklenburg Medical Group to create a standalone practice.” MMG had filed a lawsuit seeking independence for 92 of its 104 physicians.

“During times like this, please don’t let the noise in the media distract you,” Woods said. “… At times, we will need to make difficult decisions, and sometimes these decisions will create noise.”

Since joining Atrium in 2016, Woods has led the 65,000-employee system’s now-suspended plan to collaborate with Chapel Hill-based UNC Health Care and to expand through the acquisition of Navicent Health, a Macon, Ga.-based hospital system. He’s also sparked the change in the name of Charlotte’s biggest employer from Carolinas HealthCare System to Atrium.

The full memo is included below. 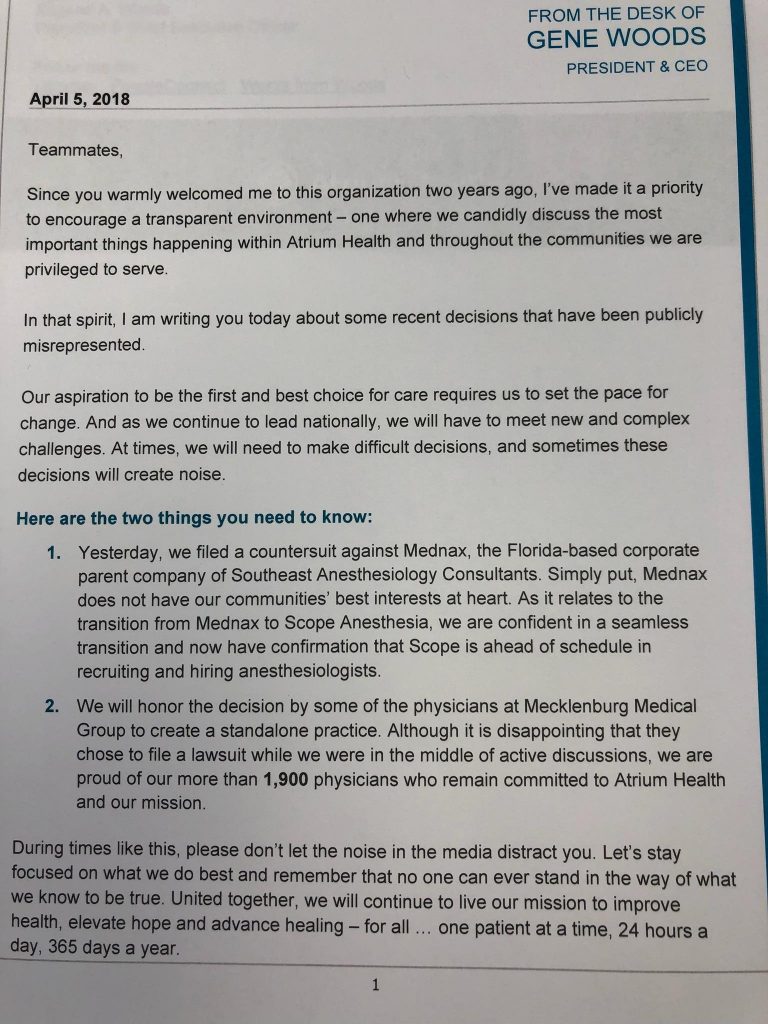