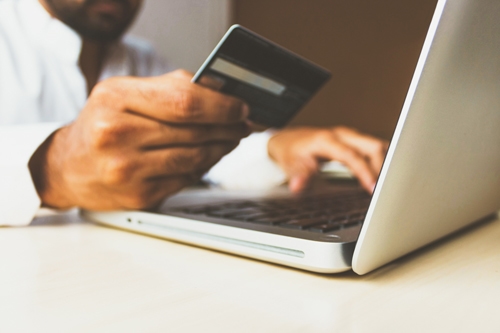 Late on Friday afternoon, New Year’s Day, I decided that I needed more legal pads. I logged in to my wife’s Amazon Prime account and ordered them. The legal pads arrived at my home in a Prime truck at 12:07 p.m. Monday from — according to the box — DRT9, which is the Amazon delivery station in Morrisville, off Interstate 40.

That’s not bad, because we live in Clayton, around 18 miles from downtown Raleigh, out in the far suburbs. If we lived in Raleigh, I might have gotten Saturday delivery.

It is possible that by Jan. 1, 2022, if I place the same order, I will get it the next day. It is possible, that I might get it the same day, in two hours, even in the Johnston County boonies, where we churn our own butter.

Amazon has really stepped on the gas in North Carolina, particularly in the last five years.

I have put 20 pins at various places on a Google map of North Carolina – Charlotte, Kernersville, Concord, Durham, to name a few — just so I can visualize where all the Amazon fulfillment warehouses, sort centers, Prime buildings and delivery stations are. A decade ago, the map would have been blank. Amazon was disrupting the state’s retailers and malls back then, but from distribution centers outside the state. Now, the online juggernaut is a major presence in and around the state’s cities, with millions of square feet and thousands of employees picking and sorting.

Basically, the Amazon logistics network runs from the Triangle to the Triad and then down Interstate 85 to Charlotte. It is built for speed. In order to compete with Walmart and others, Amazon has to be able to get packages to your doorstep very fast, like tomorrow. Or in many cases, today.  In an hour.

Walmart has stores everywhere, close to customers, which gives it a natural advantage in e-commerce as shoppers shifted increasingly online, particularly this past year. It can fill orders from its stores. A decade ago, Amazon didn’t have a physical presence in North Carolina because, among other things, it liked the competitive edge of not having to charge sales taxes in states where it didn’t have facilities. But it was also adding millions of Prime customers with the lure of fast, free delivery. So it had to play catch-up with logistics if it wanted to remain competitive here.

One expert on Amazon is Montreal-based logistics expert Marc Wulfraat, who has a web page that tracks every new fulfillment center, sortation facility and delivery station. Since 2014, by his count, Amazon has opened more than 6 million square feet of facilities in North Carolina. These include vast fulfillment centers, mostly in the Piedmont interstate corridors. The 640,000-square-foot Garner order-filling facility, which opened in August off Interstate 40 southeast of Raleigh, alone will employ some 3,000 workers, double the original staffing when it was announced in 2018.

After the workers — with help from robots in some places — fill the orders in these centers, pallets of boxes are trucked to sortation centers, where the packages are sorted by zip codes.  Then they are ready for delivery by Amazon’s own courier network or UPS or the Postal Service.

Today, according to Wulfraat, North Carolina ranks 16th in the country in Amazon square footage.

For years, Amazon relied on UPS, FedEx and the postal service, but gradually realized that at crunch time, it was just another customer trying to get products to market. Amazon started building sorting centers to speed up the process. The disastrous holiday season of 2013 accelerated Amazon’s plans. The crush of last-minute Prime customers and ice storms snarling transportation in Dallas caused thousands of packages to get delivered late.

The number of delivery stations could grow quickly to 1,000 to 1,500 in the U.S., he says. “My thinking is that they will do this over the next three years or so. Ultimately, their goal will be to provide same-day service for the fastest velocity products (e.g. consumer goods) that people order, day in, day out.  They are just starting to build out same-day facilities where you order by 8 a.m. and receive your order in the afternoon.” Amazon has been offering a version of this for Whole Foods groceries in selected cities, such as Raleigh and Charlotte, for a couple of years. My expectation is that it will include many more items and many more zip codes. (Maybe we can get a delivery station on the Wake-Johnston border that gets product in an hour to zip code 27527. Asking for a friend.)

The economic impact has been substantial. In the past decade, Amazon has spent more than $2.1 billion in North Carolina in infrastructure and employee compensation. During that time, 12,500 North Carolinians have worked for the company. It doesn’t have the wow factor of an auto plant at a megasite, because Amazon is spread out, but it’s a bunch of jobs and a big investment.

For some perspective on Amazon’s buildout, I went to Roger Beahm, executive director of the Center for Retail Innovation at Wake Forest. He said the pandemic has been an opportunity for Amazon, but also a threat. Traditional bricks-and-mortar retailers stepped up their online game, he told me in an email.

“This was true not only in item availability, but also with rapid home delivery. Local brick-and-mortar stores offer fast delivery times simply because they’re local,” he said. So, Amazon has been hearing footsteps, and the timetable it had for rolling out more fulfillment centers and last-mile delivery stations has been accelerated. This can look like Amazon going on offense, but it’s more like it is playing defense to maintain online dominance.

“If Amazon is to continue to remain the leader in online shopping,” said Beahm, “it’s going to have to keep expanding its distribution hubs and further reduce delivery time from days to hours.

“For Amazon, it’s no longer just about meeting the needs of its business. It’s now about defending its share of the market.  And shortening the time and distance for home delivery is key to holding that share.”

I grew up when Sears was king. I remember when Walmart was going to take over the world, pre-Internet. It is crazy hard to stay on top as a retailer.  But Amazon’s founder, Jeff Bezos, has always seemed to have some other purpose in mind beyond what seemed obvious. He is one of the greatest strategic thinkers in the history of commerce, plus he is convinced that failure lurks around the corner.

When he started in the mid-90s, Amazon was an online bookseller. It was selling books to learn how to sell on the Internet. Even as Amazon was decimating Borders, Bezos’ goal wasn’t to be the No. one bookseller.

Amazon has gone from 9,000 employees in 2000  to more than 1 million today. Twenty years ago, Amazon was practically a virtual company, with seven warehouses in places like Grand Forks, N.D., and Fernley, Nevada. It was a really good web site that acted as an intermediary between buyers and sellers. It was also struggling to survive, like a lot of Internet companies after the dot-com bust.

Amazon revenues were $280 billion in 2019. It is likely that revenues for 2020 will exceed $350 billion. It is intriguing to think about Bezos’ end game. Does he just want to get me my legal pads faster, or does he have something grander in mind? His whole story suggests there’s something bigger, and that should keep UPS and FedEx and the entire shipping industry up at night. The global logistics market — transport, warehousing, etc. — is projected to be $15.5 trillion by 2023. My hunch is that everything Amazon has been doing for the last decade has been focused not just on retailing, but on dominating the global supply chain.

Dan Barkin is a veteran North Carolina journalist who writes a column for Business North Carolina. He enjoys his wife’s Prime account.