Many politicians are comparing the importance of Internet service to the introduction of electricity to rural sections of the state 80+ years ago. That got me thinking about electric cooperatives.

Residents in rural areas, many of them farmers, banded together to create the member-owned co-ops to run power lines with the help of the Rural Electrification Administration. Back in the 1930s, vast sections of the country did not have refrigerators, radios, and other modern appliances that were showing up in stores, because they didn’t have electricity.  Private, investor-owned utilities typically didn’t see an adequate return serving sparsely populated areas. So the co-ops grew rapidly, and by the early 1950s, provided 90% of U.S. farms with electricity.

This is not ancient history for the co-ops. Most of their web sites have the story of the REA, and how they got their start at meetings of groups of farmers and rural business leaders in the 1930s and 1940s.

Today, if you drive in any direction from Raleigh, Charlotte, Greensboro or most any city, you will likely find yourself in co-op country soon.  There are 26 North Carolina-based electric co-ops, from the coast to the mountains, serving a quarter of the state’s population and about 45 percent of its land area. They are in 93 of the state’s 100 counties, according to the North Carolina Association of Electric Cooperatives, the co-ops’ trade association.

One of the co-ops interested me in particular, Roanoke Electric Cooperative, based outside Ahoskie around 90 miles northeast of Raleigh. With more than 14,500 members and 60 employees, it serves seven coastal plain counties all the way to Virginia: Bertie, Hertford, Northampton, Gates, part of Halifax and some customers in Chowan and Perquimans. This is a part of the state that many North Carolinians don’t know.

Jeff Sural, the director of the state’s Broadband Infrastructure Office, mentioned Roanoke Electric when we discussed rural broadband problems. He urged me to contact CEO Curtis Wynn and his folks, who have been working on a solution to its region’s lack of good Internet options.  It is a solution that started as a way to more efficiently manage its power network and save its customers money. 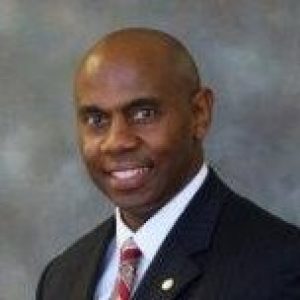 Roanoke started by creating a 200-mile fiber loop to link its substations, half of it leased from MCNC’s network. That would make it easier to manage its system, particularly preventing or responding quickly to outages. But it was also designed for a rapidly changing power environment.

As Wynn explained to me last week: “What’s happening now in the energy space is we’re moving from central generation, where power is generated at huge power plants, transmitted over transmission lines, then to distribution utilities such as electric co-ops, where the power is distributed to the customer.”

“All that is changing,” he said.  “Now, more and more we see power being produced closer to the location at which it will be used, via solar panels and windmills, or temporarily stored in batteries and used at a time that makes the most economical sense for the distribution utility.”

Managing all this is complex.  Power is flowing in multiple directions. Solar panels powering a building might be putting excess electricity into the grid or the building might be pulling power from the grid if the sun’s not shining.  You have to know what’s going through the substations in real time, and that means moving a lot of data.

“So, to be relevant in this new environment, it’s almost an imperative,” said Wynn, “to have communications systems in place to make sure you communicate and manage all this power generation that’s happening all over the place.”

“That, in itself, is what got us started with broadband.”

But Roanoke didn’t intend to become an Internet service provider on its own. That wasn’t its business. It hoped to be able to get an ISP to extend “last-mile” broadband service to homes and businesses using the co-op’s fiber loop as a backbone. But it didn’t get any takers.  When much of your service area has 30 to 40 folks per square mile, you are less attractive to private ISPs than, say, a county like Mecklenburg, with more than 2,000 per square mile.

So Wynn and his staff created “a whole new line of business” called Roanoke Connect.

So far, Roanoke has 700 customers signed up, and anticipates reaching 2,500 by the end of 2021. And then some, including, possibly, beyond its territory.  With fiber to the home, speeds as high as one gigabit per second will be available to folks willing to pay for it. For a baseline subscription, speeds will range from 60 to 100 mbps, which is what I get on a good day in a suburb of Raleigh.

Co-op members will also get energy-saving devices that speak to a larger context here.

Northeastern North Carolina, like many rural areas, has not been growing. In colonial times, it was a political and economic center, along with the Cape Fear region. But the growth of textile, furniture and tobacco manufacturing after the Civil War moved the state’s center of gravity to the Raleigh-Charlotte crescent, today’s I-85 corridor. Buck Duke launched his tobacco empire from Durham and his electric grid in the Piedmont.

The counties served by Roanoke Electric had around 150,000 residents 50 years ago and have the same population today, even as Wake and Mecklenburg counties have added a combined 1.6 million over that period. When people talk about the two North Carolinas, this is what they’re talking about.

Growth sometimes covers up inefficiency in business, but Roanoke Electric can’t count on growth. It has to be efficient, and that means making sure that it isn’t forced to buy power on the spot market at peak times.  That’s expensive.  So with the consent of customers, it has been installing smart controls that can make minor adjustments to thermostats and water heaters on cold winter mornings, for example.  That saves Roanoke on its wholesale power costs and saves customers on their electric bills.

That last part, about saving customers money, is important. Median household income in Bertie County is around $35,500, less than half Wake County’s. This is a region that could use better-paying jobs.

There is no single solution to bring more prosperity to the northeast corner of our state, but better broadband will help. It will provide more education options to residents. It will make it easier to attract folks who can work from anywhere. If you can live anywhere, check out real estate in Ahoskie. And it will bring in entrepreneurs who need broadband to run their businesses.

Other co-ops have been doing the same, such as French Broad EMC in the mountains of Madison County, and North Georgia-based Blue Ridge Mountain EMC, which comes into Cherokee and Clay counties.

Raleigh and Washington, recognizing the potential of rural broadband, have started to spend money.  So far, Roanoke Electric has been designated to receive around $4.5 million in state and federal grants, according to Wynn.

A couple of years ago, Marshall Cherry, Roanoke Electric’s chief operating officer, was discussing the broadband project at a panel discussion on infrastructure.  He talked about a web developer in Gates County, on the Virginia border.  He would do his work offline, and then, to upload it to clients, he would drive up to Suffolk on the western edge of Hampton Roads for the Internet connection he needed.

So when people sit around and wonder, what, oh what, can we do to spur economic development in rural areas, one solution is: Don’t force people to drive to Suffolk for broadband.

“Co-ops were put in communities not only to provide electric service,” said Wynn.  “We were established to support rural economic development. Our community needs broadband.”