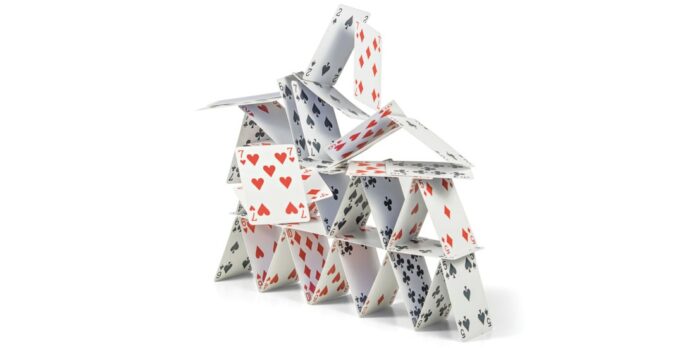 In 2013, Garland Tucker III, with inside-the-beltway credentials to match anyone in North Carolina’s capital city, had a good thing going at Raleigh-based lender Triangle Capital Corp. He was on his way to earning more than $2 million a year, his dividend-rich company was producing market-leading returns and he’d gained a reputation as an innovator in the “business development company,” or BDC, industry. Baltimore-based money manager Bill Miller IV, son of famed investor Bill Miller, bought a significant stake in the company, citing a “spotless” loan portfolio.

Inside the company’s offices near the Carolina Country Club, however, there was a simmering debate. Some Triangle investment managers warned that the strategy of financing businesses with revenues of $20 million to $300 million, in return for relatively high-cost loans, was becoming less attractive. With recession fears fading, money was flooding into the financial markets, enabling lesser-capitalized businesses in virtually every industry to receive loans at more attractive rates. For BDCs like Triangle, investment opportunities were tightening, suggesting more risk for lower returns.

Tucker joined in the debate with senior colleagues including President Ashton Poole, a Raleigh native who had joined the company that year after nearly two decades as a Wall Street investment banker; Chief Investment Officer Brent Burgess, who co-founded Triangle with Tucker; and Steve Lilly, the company’s chief financial officer since 2005. At issue was how Triangle could keep growing in a more competitive lending market.

None of the four executives will discuss the deliberations, but Triangle’s financial reports reflected a continuation of the strategy that had made Triangle one of the more profitable, highly rated BDCs. Over the next two years, Triangle invested heavily in so-called “mezzanine” debt, which is lower in priority for repayment than more senior loans. Mezzanine financing is a hybrid of debt or equity considered riskier — and often more lucrative — than bank loans secured by assets or owners’ personal guarantees. In the case of a default, mezzanine investors such as Triangle may convert their stake into a bigger ownership position. However, senior lenders typically must be paid back first.

Publicly, Poole praised the approach. “We are the most active mezzanine platform in the country, one office based in Raleigh, North Carolina,” he told WRAL in February 2016, the day he succeeded Tucker as Triangle’s CEO. “When you have that position in the marketplace — and our business is nationwide and not just Southeast-based — when you have that kind of flow and that kind of capital, it’s the perfect intersection.”

Nearly two years later, in a contentious conference call with analysts, Poole offered a different historical view. “Unfortunately, the strategic decision was made not to move off balance sheet in a meaningful way,” Poole said, referring to the company’s 2014-15 loan portfolio that included several troubled credits. “In the process of doing so, we added incremental exposure to a number of riskier credits, many of which are now underperforming.”

Poole made the comments in November after Triangle reported disappointing quarterly financial results: Net interest income per share and revenue came in 10% below projections, and the fair-market value of its portfolio dipped 7%.

The news sent Triangle shares tumbling 24% over the next two days to less than $10, their lowest point since the 2007-09 financial crisis and about two-thirds lower than peak levels in early 2013. The stock rebounded to about $11 in mid-February. To be sure, the share price performance doesn’t include the nearly $20 per share in dividends that Triangle has paid since its initial public offering in 2007. Unfortunately, the quarterly dividend was cut by a third, from 45 cents to 30 cents, in December amid the company’s setbacks.

It’s a remarkable descent for a company that was for years a “darling of the industry,” says Joe Alala, chief executive officer of Capitala Group, a Charlotte-based BDC. Poole had acknowledged the firm’s prestige in his WRAL interview, noting, “We will work hard to continue what is already a gold-standard reputation.”

Poole and Lilly didn’t return requests for comment. Tucker, who resigned as CEO in February 2016 and stepped down as chairman last May, declined to discuss his career. “I’m retired as chairman and CEO, so I’m not really the one you need to talk to,” he says.

Burgess, 51, who left the company after suffering a heart attack in 2016, wouldn’t discuss details of the company’s investment strategy. But he praises Tucker’s leadership. “He built an incredible business,” he says. “He is a respected leader and widely admired by those who worked with him.”

Some familiar with the company foresee a rebound. “Something positive will happen there,” Alala says. Miller, who holds a nearly 4% stake in Triangle, thinks the company is sorting through its troubles. His father, a Laurinburg native, is famous for his work in the 1990s and early 2000s when his mutual fund, Legg Mason Capital Management Value Trust, outperformed the S&P 500 Index for 15 consecutive years, a stunning record. The senior Miller attended Washington & Lee University with Tucker.

“I’ve gone through the book, and it looks to me like at this point, most of the loans that are on nonaccrual are priced at or below recovery values, potentially,” the younger Miller says. Book value per share is more than $13, or about 20% more than the mid-February stock price. “The positions appear to now be conservatively marked, which makes us think shareholders are likely to eventually realize a value closer to book than where shares trade today.”

Others are less optimistic. One of the nine analysts tracking the company rate it a “buy,” down from three in November, according to Reuters. Robert W. Baird & Co., which raised its rating to outperform last August, has stopped following the company.

Tucker’s loss of control at Triangle is the latest chapter for an entrepreneurial Tar Heel family. His grandfather founded Raleigh-based G.S. Tucker & Co. Furniture and expanded it into a chain of stores in eastern North Carolina. His father, Garland Tucker Jr., moved to Wilson to run the business and served on BB&T Corp.’s board for 40 years, including 15 as chairman. Garland’s sister is married to N.C. Supreme Court Justice Paul Newby, while another sister is married to Raleigh lawyer Joe Knott, who is on the UNC System Board of Governors. The family’s early 20th-century house on Person Street near downtown Raleigh, now owned by the municipality, is on the National Register of Historic Places and hosts meetings and weddings.

Triangle marked the third big swing in the business world for Tucker, who earned a Harvard MBA. He was CEO of the Carolina Securities Corp. regional brokerage in the ’80s and First Travelcorp, a travel-agency holding company, in the ’90s. Both were based in Raleigh. The first was acquired by the Thomson McKinnon brokerage in December 1987, two months after the stock market’s historic collapse. The travel company, which Tucker co-founded in 1991, was bought by Denver-based Navigant International Inc. in 1999.

Tucker embarked on his most lucrative project in 2002, when he and Burgess started a specialty lender to finance fast-growing small businesses. By 2006, they had assembled debt, warrants and stock totaling about $47 million in about 17 companies stretching from North Carolina to Florida, according to a company filing.

A year later, Triangle Capital went public for $15 a share, just as signals of a recession started emerging. While the timing appeared perilous, it turned out to be a shrewd move as the frightful economic downturn prompted banks to stop lending, leaving a broader opportunity for BDCs. Over the next decade, the company’s portfolio value grew to more than $1 billion, with investments in 91 companies across 30 industries. Its staff grew from seven to 27.

“In 2008 and 2009, when the world appeared to be blowing out, our management team and board decided not to put their head in the sand and to go out and be aggressive,” Poole told WRAL. Poole had a great vantage point for Wall Street’s collapse: He had worked as an investment banker at Morgan Stanley for 19 years before returning to his hometown in 2010. The New York-based financial company cut thousands of jobs because of the recession and received — and paid back in 2009 — a $10 billion loan during the government’s bank bailout program. The son of Caterpillar dealership owner Gregory Poole Jr., one of Raleigh’s most successful business leaders, Ashton worked as a consultant for three years before joining Triangle.

Being aggressive during and after the recession meant lending money at elevated rates to companies struggling to land traditional bank loans. The opportunity prompted formation of dozens of BDCs, which raised capital through private and public stock offerings. “[Banks] all but abandoned the private companies in the middle market and lower middle market in the United States,” Poole said in 2016.

Triangle offered various investment structures to fund growth at private companies. It typically invests $5 million to $50 million per transaction in companies with annual revenues as much as $300 million and pre-tax annual earnings of $5 million to $75 million. Triangle has a subsidiary licensed by the U.S. Small Business Administration that operates as a partnership in supplying equity and debt to small businesses.

With regulators reining in traditional banks, the BDCs were able to charge higher interest that produced profit, which then led to dividends that often yielded 8% or more. In an era of low interest rates, the fat payouts attracted legions of income-starved investors: Triangle made 10 secondary stock offerings from 2009-17, while signing steadily increasing loan agreements with various banks, providing the fuel for more rapid growth.

Nothing goes straight up, of course. The success of early BDCs encouraged many more industry entrants. Forty-three publicly traded BDCs had market values of more than $100 million in mid-February, including No. 14 Triangle, according to BDCInvestor.com. The industry was one of the worst-performing sectors on the U.S. stock market last year, despite paying an average dividend of 10%, KBW Inc. analyst Ryan Lynch wrote in a December report. Competition had increased just as banks started opening the spigot, lending to companies with improving financial performance. Such was the atmosphere as Triangle executives debated next steps in 2014-15.

While they now express disagreement with Tucker’s lending philosophy, Triangle’s senior executives were well-compensated. Poole’s total compensation averaged $1.9 million from 2014-16, while six other senior executives earned more than $1 million annually during the same period. Tucker led the pack, receiving a combined $8.7 million, or about $2.9 million annually. That included a $2.5 million bonus paid in connection with his resignation as CEO.

Burgess, who had annual pay averaging $1.6 million during his last three years at the company, says Triangle was among the most efficient BDCs and its executive pay trails many industry peers. The company managed its investments internally, unlike other BDCs that hire outside managers who can receive much higher fees based on their performance.

Acknowledgement of an internal rift within Triangle management has sparked several shareholder lawsuits, filed after the November earnings announcement and stock slump. A federal court complaint in New York by investor Gary Holden alleges Triangle’s top executives made misleading statements about the quality of the company’s portfolio. It wasn’t until November’s announcement that shareholders learned the amount of investments no longer accruing interest had jumped to 13.4%, according to the lawsuit.

Poole and Lilly have told analysts they are steadily remaking the company into a lower-risk institution. Mezzanine debt totaled half of the portfolio as of Sept. 30, down from 77% at the end of 2015. First-lien notes, the most secured type of loans, more than doubled to 28% in the same period.

“We’re going through a difficult time, and we’re trying to get through it as quickly as we can,” Lilly told analysts in November. “But the process that we’ve gone through there is not the issue at all. It’s the securities that we had chosen to invest in as a firm at a time in the cycle when it wasn’t the right time to make those types of investments.”