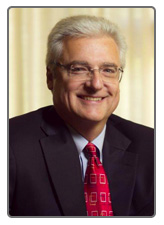 Liquor is such a profitable business filled with so many things that can go wrong that North Carolina has gotten very used to having its state government overseeing the spirits industry. It’s also provided local control and something to do for the 167 ABC boards spread across the state, ostensibly to make a lot of money for state government without promoting excessive drinking. But underlying that approach is the expectation that the N.C. Alcoholic Beverage Commission is an ethical, competent operator and regulator.

That’s why it was newsworthy that State Auditor Beth Wood concluded that the state spent an extra $11.3 million over the last decade because ABC officials didn’t effectively monitor LB&B Associates, the Columbia, Md.-based company that has operated the state’s liquor warehouse in Raleigh. “I’ve never seen a contract administered this poorly,” she said in an interview. “For 13 years they got price increases without any documentation of why price increases were warranted.”

LB&B responded with a statement noting that it deserved more money as revenue increased from $520 million in 2004 to more than $1 billion in last year. (Based on a population of 10 million people, that equates to $100 per person, or $400 per family of four. That’s some drinking!)

A call to LB&B to discuss the matter beyond its statement wasn’t returned. I also wanted to ask them about the $7.8 million fine LB&B agreed to pay the federal government in 2015 related to allegations of making false statements to obtain contracts for small disadvantaged businesses. It seems the contract was awarded to Lilly Brandon, a disadvantaged businesswoman who didn’t control LB&B, the government determined.

As is typical in auditor Wood’s reports, it doesn’t discuss specific individuals. So there was no mention of Michael Herring, who worked at the commission for 33 years and was executive administrator from 1995-2014, when he retired. He was then appointed by Gov. Pat McCrory in 2015 as one of three commission board members. Herring didn’t want to talk, a commission spokeswoman said last week.

Herring’s successor, Bob Hamilton, left the post earlier this summer. Gov. Cooper’s press office and the commission’s interim administrator, Agnes Stevens, said via e-mail that they are on the case to ensure contracts are more closely monitored in the future.