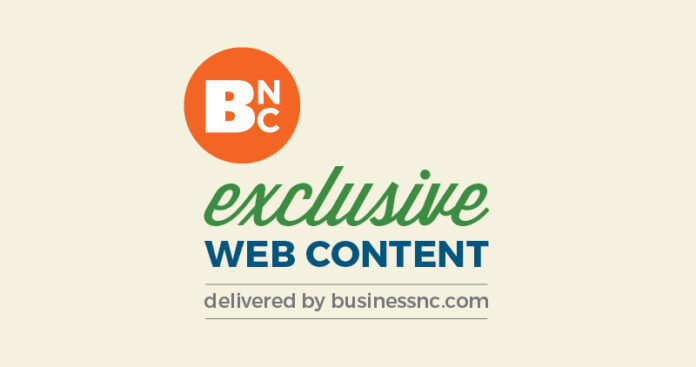 As the year concludes, I wanted to offer a list of 10 North Carolinians who made a strong impression on my walk through 2021. A privilege of journalism and being editor of Business North Carolina is interacting with a wide variety of people, so this is a tip of the iceberg. But these folks got a lot done during a difficult year.

As chancellor at UNC Wilmington since 2015, Jose “Zito” Sartarelli has led impressive growth and helped raise the campus’ academic standing. He’s retiring in June. Change agents create waves and he’s faced some highly critical faculty members. But he showed common sense in dealing with several controversies and will leave the university in a stronger position.

Jim Triandiflou has enjoyed repeated success at various companies, including insightsoftware, the fast-growing Raleigh tech company he has led since 2020. It was easy to understand why after researching a story about his career for our magazine.

Mayors Vi Lyles of Charlotte, Mary-Ann Baldwin of Raleigh and Nancy Vaughn of Greensboro have gained respect for steady leadership of the state’s three biggest cities. Mayoral power is largely limited in our state, so it isn’t right to assign too much blame or credit. But they are professionals with big hearts for their cities. (Each has distinctive strengths, but we’ll count them as one because of their similar roles.)

Atrium Health CEO Gene Woods was recently named the fourth-most influential leader in U.S. health care by a key industry publication. That isn’t a surprise to North Carolinians watching as he relentlessly builds his organization into the top handful of U.S. hospital systems while emphasizing equity and inclusion. He doesn’t let much get in his way.

Of course State Treasurer Dale Folwell is trying to get in Woods’ way by steady criticism of the pricing and expansion strategies of N.C. hospitals. It’s a quixotic challenge given the power of the state health care community. But Folwell has a keen sense of public opinion and believes that fear of medical bills keeps many North Carolinians awake at night.

Raleigh engineering company owner Sepi Saidi gave a powerful talk during a session at Business North Carolina’s CEO Summit. Speaking to a heavily male audience, she offered a spirited explanation of the challenges facing executive women. There was no bitterness, just a direct appeal for powerful men to make decisions focused on principles and excellence, not bias or preconceptions. Saidi is the incoming chair of the N.C. Chamber.

Sherrod Banks leads the state’s biggest minority-owned law firm, the Durham-based Banks Law Firm. I talked with him on the phone last week for another upcoming Business North Carolina story, so we’re barely acquaintances. But his wisdom about building a Black-owned business, affordable housing and other matters made clear why he’s achieved significant success.

Lumberton’s Bo Biggs, the outgoing chairman of the $1.4 billion Golden LEAF Foundation, is a quintessential civic leader with a passion for supporting rural North Carolina, brick-and-mortar retailers, business-friendly politicians, the Lumbee tribe and Robeson County. It’s especially cool that he does it with a sense of humor.

I’ve never met Salisbury’s Fred Stanback or tried to land an interview. The superstar investor likes his privacy. But what a generous act to stroke a $200 million check to Catawba College earlier this year, continuing his family’s long philanthropic history. His gift hasn’t been publicly acknowledged. But thinking of how it can help sustain a 170-year-old institution is a joyful feeling.