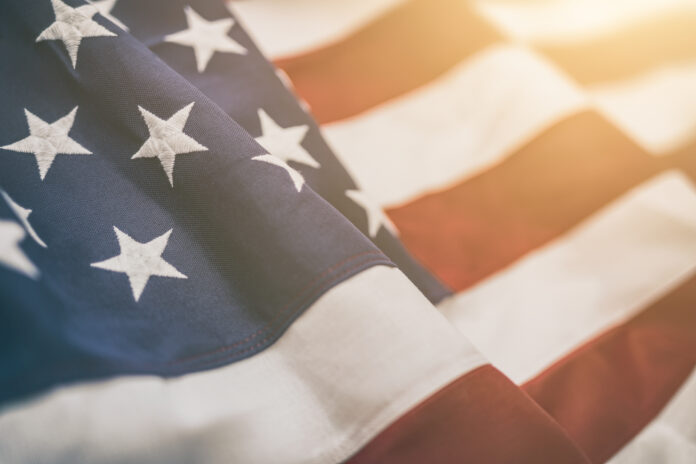 In last Tuesday’s Daily Digest, I wrote about the appointment of Thomas A. Walker Jr. to be a senior military and economic development adviser to the president of the University of North Carolina system. This was an example of the state’s effort to increase its focus on the military, which is important to our economy because of the large Department of Defense footprint here.

Another example is the North Carolina Military Business Center and one of its key units, the Defense Technology Transition Office, also known as DEFTECH. The NCMBC and DEFTECH are focused on boosting the amount of business that North Carolina companies get from the Department of Defense. DEFTECH is focused specifically on helping companies that are doing research and development on innovative technology.

Next week, on Feb. 16, the NCMBC and DEFTECH are hosting a particularly significant Zoom conference that you can join. Top officials of the Pentagon’s Defense Innovation Unit will be spending four hours discussing the areas they are funding – from artificial intelligence to energy to space. Here is a link to the registration. The session will be broken up into reasonably short segments on each funding area, so if you don’t want to sit through four hours, you can stay for the parts that relate to your interests. There are also segments that explain the ins and outs of the process.  The conference is free. The sign-up process is easy. You will get emailed a link for the Zoom call.

One of the other benefits of events like this is that you get to hear smart people ask questions, and you also get to discover folks who are interested in the same incredibly complex stuff that you are interested in and maybe are looking for partners. Gatherings like this helped give birth to the personal computer industry 45 years ago in Silicon Valley.

The Defense Innovation Unit was set up in 2015, originally as kind of an experiment, specifically to cut through the red tape of military acquisition. When warfighters need new technology quickly, it can fund prototypes and get them out in the field relatively quickly.

Any company, any academic researcher from anywhere in the country can log in to next week’s call. But NCMBC and DEFTECH are hoping for a strong showing from North Carolina, and that has to do with how they ended up hosting this event.

One of the state’s goals is to attract more military research offices to North Carolina. We tried to get the new Army Futures Command to come to Raleigh in 2018, but lost out to Austin.

Last fall, Denny Lewis, director of DEFTECH, met with Mike Brown, head of the Defense Innovation Unit, to make a pitch for an office here. At the time, the unit had offices in Silicon Valley, Boston, Austin, and Washington, D.C.  It has since announced plans for a Chicago office. 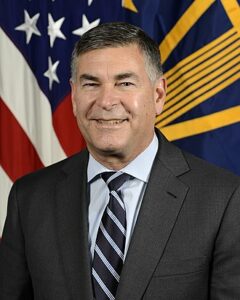 [/media-credit]The group then decided to schedule an in-person conference down here in late winter or early spring. But then omicron flared up, turning the meeting into a virtual one and called a “roadshow.”  In business terms, that is when company executives travel to meet with investors to drum up interest in an initial public offering of stock.

In this case, it is the Defense Innovation Unit meeting with innovators trying to interest them in investing time and energy in military projects, to let them know what the group is focused on, what it likes to fund and how to do business with it.

The reason that former Secretary of Defense Ash Carter set up the innovation group is that some of the most advanced technology development and cutting-edge research is happening in businesses or academic labs that haven’t traditionally worked with the military. Often, it is too difficult or because they have no idea they have invented something that would solve a military problem, so-called potential “dual-use” technology. Typically, these are not major defense contractors. If they did try to do business with the military, the contracting process took so long that they got discouraged and the technology became obsolete waiting for prototype funds.

If North Carolina wants to show the Defense Innovation Unit that there are a lot of companies, academic researchers and other innovators interested in doing business with it, a healthy turnout would  make that point. We were ready to give the Army Futures Command some real estate on Centennial Campus at N.C. State and we could probably find another nice location.

It would also help if folks from Fort Bragg, Camp Lejeune, Seymour Johnson Air Force Base, and Marine Corps Air Station Cherry Point were on the Zoom call, because the folks on the bases are the ones who are crucial in the process. One of North Carolina’s advantages is that we have around 147,000 DOD personnel in installations from Fayetteville to the coast dealing with technology problems all the time. We have all kinds of uniformed and civilian DOD experts who know what innovations they need to win in an increasingly digital 21st century battlespace.

“The uniformed part starts all this,” says Lewis, a West Point graduate and career Army officer who spent 11 years at Fort Bragg and also worked as an executive for defense contractors.

The innovation group doesn’t sit around trying to imagine what new technology service branches need in a hurry. The agency learns about it from the services, and then reaches out to its network and asks for proposals.

One key tool that the unit has used is an obscure funding mechanism called Other Transaction Authority. It was created in the 1950s to give NASA flexibility to sign contracts quickly to get into space, because we were in a race with the Russians. DARPA (you know, the Internet) has used OTAs.  And now the innovation group  is using them to move fast. For example, it says: “We aim to move from problem identification to prototype contract award in 60–90 days whereas the traditional DoD contracting process often takes more than 18 months.” (A very good, short history of the Defense Innovation Unit can be found here. There is real drama in government contracting. This article would be good preparation for the call. So, homework. Sorry.)

A lot of projects that have been funded is stuff that you’d think the military would have, but didn’t.  For example,  secure 5G private networks so the California National Guard could communicate better in remote locations. Technology to detect and defend against hostile drone attacks on DoD installations.  Commercial solutions from the trucking sector to let military vehicles use less fuel while running, parked, to power onboard electronics and crew compartments.

Over the past five years, the innovation group has been involved with contracts totaling nearly $900 million and 245 vendors.  The states that have done well include California ($335.2 million) and Virginia ($166 million). Most of the awards, 86%, are going to non-traditional vendors.

A few North Carolina companies have submitted proposals, but in the past year, Lewis says he hadn’t heard of any of them winning an award.

The Zoom call next week will start at 1 p.m. with remarks by Brown, followed by a 15-minute overview by his folks of each of the unit’s focus areas, followed typically by 10-15 minutes of questions on each one. The call will cover artificial intelligence/machine learning, autonomy, cyber, energy, human systems and space, among other topics.

As I was thinking about this event, I thought about the community college and university students at schools all over North Carolina who are studying science and technology subjects. Many probably are thinking about starting their own companies, either soon or in the next 5-10 years. One of the challenges in starting a business is finding an unmet need with money around it. The Defense Innovation Unit deals with unmet needs all the time, and this call will be about what the military is trying to find, now and in the near future, being researched and developed in the private sector. For students, this call can provide a lot of ideas, but perhaps more important, how ideas can get funded.