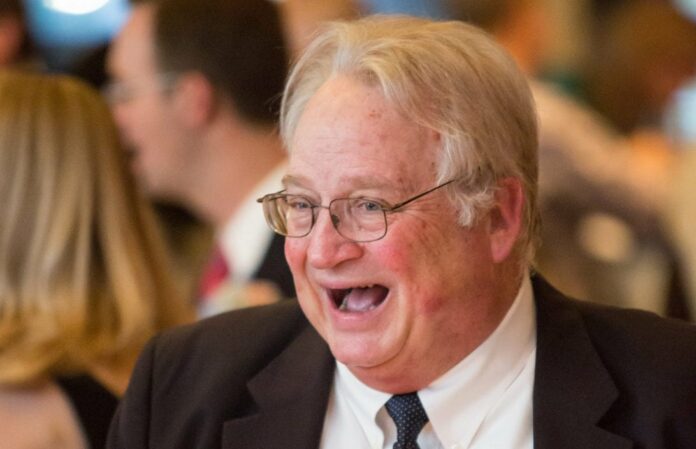 Up front: A Drew view

Smug, truth-seeking journalists aren’t supposed to admire public-relations folks, who get paid to spin, deflect and protect. Especially not a PR guy who has at some point worked on behalf of banks, lawyers, drug companies, the NRA and, worst of all, Duke University. But, with a little real-world experience, one discovers that a journalism degree and obvious brilliance don’t provide all of life’s answers. Even PR types may have something to offer.

No one in PR has made a bigger impression on me than Durham’s Tom Drew, 65, who has worked with a remarkable collection of folks over the last 40 years, including J.B. Fuqua, Wendell Murphy, Terry Sanford, Hugh McColl Jr., the Kenans, Erik Prince, Ray Wooldridge, Shane Battier, Claytie Williams and Clay Hamner. (If you don’t know the names, Google for some fun reading.) In recent years, Tom has helped universities and nonprofits attract big bucks from the well-heeled.

We met in 1988 as NCNB Corp. was undertaking perhaps the most amazing acquisition in U.S. banking history, effectively stealing a big Texas bank overcome by massive real-estate loan losses. The FDIC-assisted deal hinged on an obscure tax advantage unearthed by NCNB, catapulting it into what is now Bank of America Corp.

The late Joe Martin, the bank’s chief PR guy and beloved Charlotte civic activist, hired his friend Tom to help plan logistics and media relations as the deal unfolded. To keep things secret, Tom pretended he was expanding his PR firm in Dallas, amassing credit card charges topping $190,000 for hotel rooms, adult beverages and other expenses racked up by McColl, Martin and hundreds of NCNB staffers.

Since then, Tom has suggested stories, explained context, analyzed Duke basketball and offered unfiltered critiques, mostly unrelated to his clients. I ignore most of his ideas and never spin a story to benefit his causes, while concluding that Tom’s key mission is to stir things up and have lots of fun along the way. In our chats, he has advocated on behalf of Durham liberals just as forcefully as he favors the gun lobby‘s views. While I am unclear on his voting patterns, I doubt anyone knows the backgrounds of North Carolina  elites — or loves our state — more than Tom.

I’ve been thinking about Tom since he told me in mid-May that he has brain cancer. His Duke University Hospital doctors say the early responses to treatment appear promising. No one will get better care, his son Jonathan jokes, given that Tom had dropped names of every Duke administrator or doctor with whom he has played golf or interacted — a long list. (Jonathan is an Associated Press journalist in Raleigh.)

Tom says he’s optimistic. Shortly after his 10th radiation treatment, he took a road trip with two colleagues to the NRA’s national convention in Kentucky. With Tom in town, I’m sure Louisville and the gun guys were rocking that week.