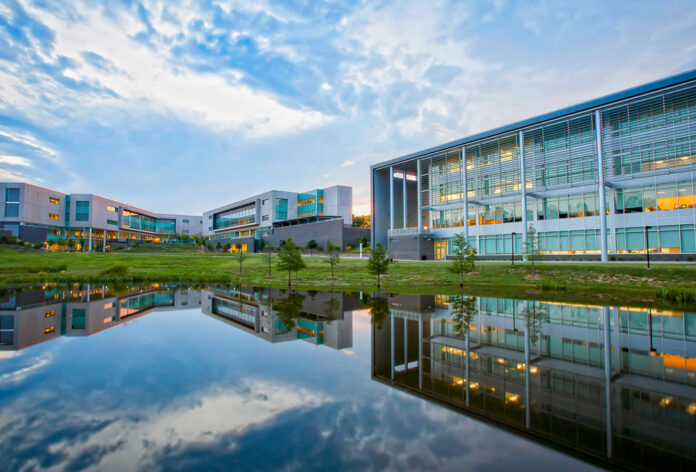 Scott Ralls, the president of Wake Tech Community College, runs North Carolina’s largest community college in the state’s most populous county. Wake Tech’s facilities have spread throughout the county, and some 70,000 folks take classes full and part-time. Wake Tech is a key reason the county has been able to attract so many new companies and grow as fast as it has.

I wanted to talk with Ralls because nearly 70% of voters in November approved another $353.2 million in Wake Tech bonds. This came four years after the 2018 referendum, which approved $349 million in borrowing for college facility expansion.

Over the past two decades, Wake County voters have approved Wake Tech bonds five times, for a total of more than $1 billion. And they have given their OK by substantial margins, typically 65 to 70%, sometimes higher. A lot of county voters have gone through Wake Tech since it opened as an industrial education center in the fall of 1963, with around 300 students.

The college has seven campuses ringing Raleigh, basically connected or near the Interstate/NC 540 Outer Loop that is being extended across Southern Wake County from Apex to Garner. The highway’s construction runs right next to the Southern Wake Campus – the original one off U.S. 401 where Ralls works. (Wake Tech also has key facilities inside Raleigh’s Beltline.) By around 2030, when the last segment of 540 is built from Garner to Knightdale, the 69-mile Outer Loop will be basically the Wake Tech Expressway.

The major projects in the past 15 years have included the127-acre Scott Northern Wake Campus, named for Ralls’ predecessor, Stephen Scott, who set much of the expansion in motion. The 2018 bond issue helped fund the new $42 million Hendrick Center for Automotive Excellence at the northern campus.

The 94-acre RTP Campus in Morrisville opened up in 2018, and is home to RTP Bio, a biotech training collaboration between Wake Tech and Durham Tech.  The Triangle has developed into one of the nation’s leading biotech centers, with major expansions in the Western Wake town of Holly Springs by companies like Fujifilm Diosynth and Amgen.

On the other side of the county, construction is underway on the 106-acre Eastern Wake 4.0 site in Wendell, off Interstate 87, also known as U.S. 64/264, a few minutes east of 540. Eastern Wake will feature a public safety simulation complex, drone facilities, and training in engineering, robot technology and biopharma.  A year from now, there will be a ribbon-cutting for the public safety complex, which Ralls says will be “one of the most neat facilities like that in the country.”

“The main feature is a little city which is inside the building. A mock school, a mock apartment building.  You can drive fire trucks and ambulances inside. So it’s a place where you can safely re-enact an active shooting or some kind of public safety event. And it will also be the site for our new EMT program.” About six months after that, the general education building should be ready, and then a year later, the advanced technology building. “Robotics, automation, biopharma. Big maker space. We just wrapped up the design of that. “

One of Wake Tech’s most important locations is the Perry Health Sciences Campus at WakeMed, on the east side of Raleigh, near the Beltline. Around a third of the new bond issue, some $125 million, will be used to make major changes to this campus.

The college has a couple of what Ralls describes as “relatively newer buildings” there, around 20 years old, and then three buildings “that we inherited from WakeMed 60 years ago” when the college, like the rest of the community college system, was in its infancy.  “Like one’s the old nursing dormitory. When you’re there, it’s hard to tell where we end and WakeMed starts.”

The three oldest buildings will be torn down. “We’ll have a new simulated hospital, new parking deck and then we’ll have two future growth sites.”

The purpose of this bond was to “set us up not just for the immediate growth that’s clearly happening, but the longer term.  How can we grow towards the future,” says Ralls. “Wake County 50 years from now is going to need way more health care than we’re doing right now. So how do we plan for that future?”

A lot of the health care professionals that folks encounter daily in the county have gotten training at Wake Tech.  “It’s not just nurses.  If you look at Wake Tech, except for doctors, we’re the primary supplier of health care [workers].  EMTs, paramedics, phlebotomists, medical lab, imaging professionals, nursing.”

One of the newest projects will be the relocation of the Western Wake campus, currently in leased facilities in Cary. The campus will be moving to a site next to the Outer Loop between Apex and Holly Springs, in the biotech hotbed.

The new Western Wake campus will also lie on the eastern edge of the Carolina Core, one of the state’s buzziest economic development regions. It’s a 120-mile corridor from Winston-Salem to Fayetteville, bisected from the Triad to I-95 by U.S. 421, the future Interstate 685. With large industrial sites, community colleges and universities, a big workforce, airports and road access, this is where Toyota is building its EV battery plant (Randolph County), Boom wants to build new supersonic planes (Guilford County), and the VinFast EV car plant and Wolfspeed chip factory are going (Chatham County).

The community colleges in the Core have to train the workforce to accommodate all the advanced manufacturing and biotech that is coming.

“What everybody needs us to do is expand everything in these technical areas at the same time,” says Ralls. “That’s the fundamental challenge.”

So Western Wake will have “a workforce development center that we currently don’t have, that will allow us to do more job training related to biotech, biopharma, IT, game development and some industrial-type flexible space, so we can do more industrial training, and support what’s happening in Holly Springs and other places, but also down the road in Moncure” with VinFast.

“[Community] colleges are working with each other because there’s so much growth.  We were all together down in Asheboro about a month ago talking about this. We don’t have any choice. It’s been said, these are regional-scale projects.  So, they’re going to require regional collaboration. The great thing about all this, but the challenge is, we all have something that’s like a one-of-a-kind regional project. The Fujifilm expansion in Holly Springs is our biggest biopharma facility to be built in North Carolina, ever. Think about all of that coming along at one particular time.

“Here’s the big fear for us. We’re all trying to ramp up and all these facilities are hiring to ramp up, and that’s why we’re struggling so much.“ Some of these biopharma plants are going to be staffed a third from four-year universities, but two-thirds will be community college graduates.

Ralls has a unique perspective from his different roles in community colleges, here and elsewhere, at large and small campuses. An ‘86 UNC grad, he earned a doctorate from the University of Maryland. He started out with the community college system more than 20 years ago in workforce and economic development, then ran the community college in Craven County. Then he ran the whole system as president from 2008 to 2015, before leaving to lead Northern Virginia Community College for nearly four years. In 2019, he came back to North Carolina to lead Wake Tech.

It is a complicated time for the community colleges, because the state’s system has 58 colleges that operate in different economic settings and range from the giants like Wake Tech down to the smallest in rural counties. Enrollment was impacted during the pandemic and also by low unemployment. Folks tend to be less interested in school when jobs are plentiful.  Ralls says Wake Tech was up 3.8% for the fall in degree enrollment over last year, and up around 20% in shorter-term, non-degree programs, which are particularly crucial for workforce development.

One reality that drives up costs is that technical skills classes have to be taught in person, often in smaller groups and they require facilities and expensive equipment. And instructors in these programs can make more money in industry than in the classroom.  So, preparing the workforce for the Fourth Industrial Revolution isn’t cheap.

“Psychology can be 80% online,” says Ralls. “But welding can be like 2% online. If I’m teaching a lecture-based class, I can have a class of 30. But if I’m teaching biopharma, I’m not putting 30 people around a particular piece of equipment. Or automotive or mechatronics or robotics. These are by their nature smaller classes with instructors who can demand higher salaries with equipment that’s incredibly costly.”