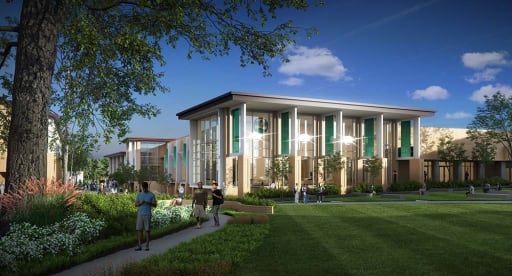 A foundation started by Charlotte Hornets President Fred Whitfield is joining with another philanthropy and Charlotte Country Day School to award four academic scholarships to rising freshmen from “underrepresented backgrounds” to attend the private school.

The scholarships supported by Whitfield’s HoopTee Charities and the Dee-Lite Foundation led by New York investor Henry Shaw involve a $500,000 donation that will cover the students’ tuition and other costs for four years.

“Their generosity will impact not only these four future Buccaneers but all Country Day students as we collectively build a healthy, inclusive, and equitable campus climate and culture,” David Mancos, interim head of school, said in a press release.

“HoopTee Charities is committed to assisting underserved youth with their educational journey and we are proud to partner with the Dee-Lite Foundation and Charlotte Country Day School to support diversity and inclusion through these scholarships,” Whitfield said.  “We believe education is the foundation for success and with our combined efforts, our hope is that this opportunity will catapult four well-deserving young people into a bright future.

“We want all the kids to truly be a part of the entire school experience from education to social activities,” said Henry Shaw, founder of The Dee-Lite Foundation. He has been identified as a minority owner of the NBA basketball Charlotte Hornets, which are controlled by Michael Jordan. “I want these kids to use education as a stepping stone for great success and I’m rooting for them every step of the way.”

Charlotte Country Day was started in 1941 and enrolls 1,725 students in K-12 classes. It had a $66 million endowment as of Dec. 31, the largest among N.C. independent schools, according to its website.