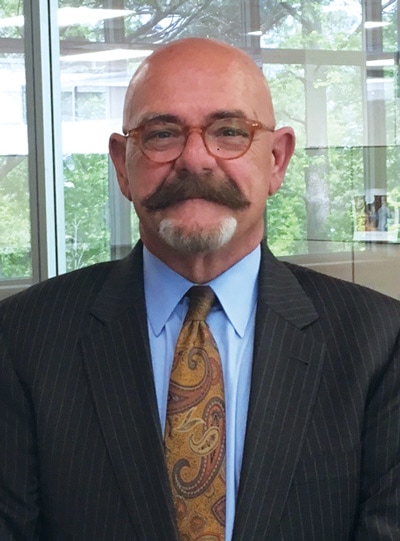 The college town with nearly 60,000 permanent residents boasts low unemployment rates — 3.6% in March, third-lowest in the state — and pricey real estate, with the median home value exceeding $390,000, according to census data.

Until recently, Chapel Hill had been “a pretty constricted place as far as growth and development,” Bassett says. Several years ago, the town adopted a new commercial-development strategy and launched efforts to retain the outgrowth of research occurring on UNC Chapel Hill’s campus — research totaling more than $1 billion in 2017.

Launch Chapel Hill, a downtown business accelerator that was created by a joint effort of the town, the county and the university, recently celebrated its fifth anniversary. And the 200-acre Blue Hill District — a commercial and residential area northeast of downtown that was previously called the Ephesus-Fordham District — is a mixed-use locale that the town hopes will appeal to twenty- and thirty-somethings new to Chapel Hill and college graduates looking to stay in town after finishing their studies.

Bassett, who has worked in economic development for 31 years, discusses Chapel Hill’s efforts to cultivate entrepreneurs, develop a stronger workforce and attract new businesses, all while trying to maintain its college-town charm. His comments were edited for brevity and clarity.

What is the Blue Hill District, and why did city leaders feel the area needed its own designation?

Back in 2010, our council felt that it was time for us to think about how that district evolves in the future. It’s always had its own traffic issues, and it’s subdivided by a four-lane highway. So, we put together a plan. After a rezoning, we began meeting with property owners about how we could position that 200-acre district to better be represented in the market. And that’s where the Blue Hill name came into play, so that we weren’t just referring to streets but an actual district.

It includes about a half-million square feet of retail right now, there are several hundred new multifamily units there, and we’ve seen as many as 2,000 wanting to be built there. We believe we’ll begin to see a demand for office space.

We’ve been pretty focused behind-the-scenes on attracting a stronger workforce for Chapel Hill. Franklin Street is so associated with graduate and undergraduate students. We felt maybe if we took this Blue District and made it its own urban environment, we could do a better job of creating a lifestyle district that would support millennials that have an interest in staying here or moving here.

What makes the district distinct?

It is suburban sprawl right now, but it’s transforming into an urban environment. We’re creating systems of connectedness through sidewalks, bike trails and green spaces. We just put the “BH,” which is the mark for the Blue Hill District, on all the street signs. There’s a leadership group that has created a website. They’re actively engaged in marketing themselves.

If you walked around it right now you wouldn’t completely understand the district, but we’re taking steps to bring it together and make it feel like a cohesive district that you could live, work, play and shop in.

Launch Chapel Hill just celebrated its fifth anniversary. How has the business accelerator changed since it started?

We expanded this year, and we’re starting a new cohort selection this month. We’ve seen 75 people go through the accelerator. The bigger part that we’re excited about is not only what happens at Launch but what happens after Launch —  making sure that we’re providing the atmosphere, co-working and [later-stage] opportunities to keep those businesses in Chapel Hill.

Why has it taken Chapel Hill longer than its Triangle neighbors to embrace the startup culture?

We’ve been slower, from a market concept of building office space in general, than Durham and Raleigh. We don’t have historic buildings like American Underground. We saw an indication about 10 years ago that [entrepreneurship] was something that we needed to begin to do a better job of standing up. Launch has help us open that door. We’re beginning to see a foothold. We’re one of the largest research universities in the nation, but we as a town have not always stood up our part to support seeing that continue beyond campus. I think we’re at that point now where we want to see that happen.

How do you preserve the charm and college-town atmosphere amid so much new development? There’s probably some tension with that.

There absolutely is, and I think there probably is in any American city, especially ones that host colleges and universities. It’s fun to watch freshmen as they come on campus and walk down Franklin Street — it’s that serendipitous moment of first-time freedom, and it feels magical. Even people who move here want to preserve that, and we do, too.

We think there’s a gentle balance of doing a good job of protecting neighborhoods and making sure that Franklin Street supports as many institutions as we can. But there’s also that desire to strengthen the economics of our community, because they’ve been fairly weak in the past. So we want to make sure that we provide job opportunities and internships and things of that sort for our future generations.

Bonus question: Why would a business want to locate in Chapel Hill?

I like to think of Chapel Hill as a micropolitan area, a place that’s not so big that it takes you 30 minutes to get home and you’re still within the corporate limits. It’s not too big that you can’t personally know writers and artists who are on a national stage and also have the quality of life that includes trails and green spaces, arts and cultural facilities, high-quality food and beverages, from beer to distilleries. I think that probably gives us a little bit of an edge.

We also have a really good K-12 educational system. It’s probably known to be one of the best in the region, and we continue to try to work to keep that edge, because we think that’s pretty important.