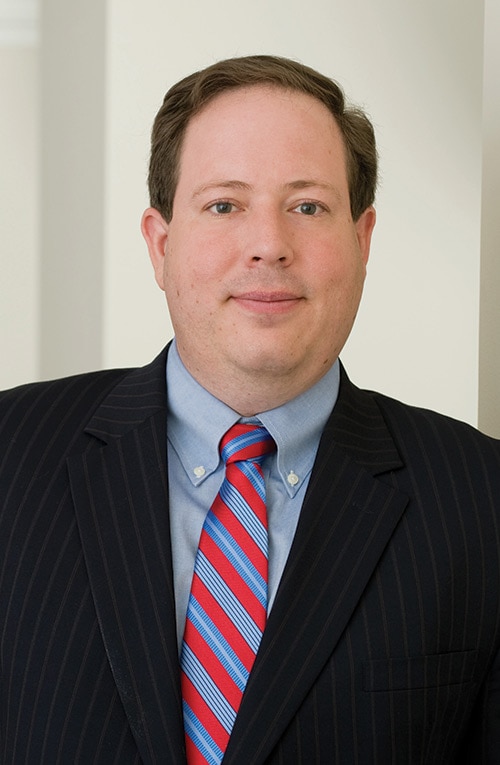 Hemp and cannabidiol (CBD) products are dominating the airwaves and the marketplace, and North Carolina has been at the forefront, ranking sixth in the nation in acres of hemp produced in 2018. Many predict that the market will grow exponentially over the next decade.

But first we need to understand: What is hemp? Is it even legal?
While difficult to distinguish from marijuana visually, hemp is a strain of cannabis bred to have insufficient THC levels to cause a user to become high. Hemp can be used to make many products, with consumer products using CBD, a compound extracted from hemp, among the most popular and profitable.

Until now, the hemp industry has operated under statutory “pilot projects.” However, Congressional authorization for these projects was vague. Conflict resulted because some states–including North Carolina–promoted a broad commercial hemp industry, while the Drug Enforcement Administration read the authorization narrowly and threatened to curtail interstate hemp commerce.

In December 2018, the Agricultural Improvement Act of 2018, better known as the “Farm Bill,” was signed into law. The bill has been widely praised as “legalizing” hemp products, including CBD oil, but that is an overgeneralization. The Farm Bill removed certain legal restrictions on growing and selling hemp products, most notably the principal grounds for DEA objections, by clearly permitting commercial hemp production and removing the threat of criminal prosecution of good-faith hemp farming. However, hemp and CBD products remain heavily regulated and, in some cases, illegal. Therefore, while hemp’s promise is great, so is the need for care.

How do we know what we legally can and can’t do with hemp products?
Producers are safe from criminal prosecution unless they intentionally violate the law. However, for others, the answers are less clear. The Farm Bill defines anything that has a THC concentration above the legal limit as illegal marijuana. While there is a safe harbor from criminal prosecution for producers who accidentally grow hemp above the legal limit, those protections apply only to producers, and not those who might otherwise possess non-conforming hemp, including companies that transport, warehouse or process it.

In order for producers to qualify for the Farm Bill protections, the production must take place under a regulatory plan adopted by the state and approved by the federal government. As of August 1, the federal regulations had not been proposed, and the state regulations await the federal ones. So, aside from the basic outline in the Farm Bill, there is no certainty what either hemp regulatory structure will look like for producers. It also remains unclear if there will be any protections for non-farmers participating in hemp distribution.

The Farm Bill also does not legalize all hemp and CBD products. The Food and Drug Administration and the state Department of Agriculture still can regulate the use of hemp and CBD in foods, nutritional supplements, drugs and cosmetics. And they do regulate it heavily.

The FDA has long held that CBD products may not be marketed as nutritional supplements or added to food. In essence, the FDA’s position is that the entire CBD oil and extract industry for food and nutritional supplements is illegal. Both the FDA and the state Department of Agriculture have reaffirmed this position following the Farm Bill and continue to send warning letters to companies marketing CBD products. The FDA realizes, however, that this is not a viable long-term position, given Congress’s promotion of hemp, and is currently considering changes to permit some CBD products to be marketed as food and nutritional supplements. But those regulations have not been proposed (much less adopted), so there has been no official change in the FDA’s position, and nobody knows what sort of CBD products will ultimately be approved.

The FDA and the Federal Trade Commission also are keenly interested in health claims made about CBD products. A producer of any consumer product cannot make claims that the product can prevent, treat or cure diseases without a scientific basis for the claims. There are numerous other rules about marketing and labeling foods and nutritional supplements.

In addition to the federal regulations, states can adopt whatever restrictions on hemp production they like. As of August 1, the North Carolina General Assembly was debating whether to prohibit the production and possession of smokable hemp, which is impossible to distinguish from marijuana either visually or with current law enforcement field testing, making it impossible to determine whether a smoker is using a legal or illegal product. Even if this debate is resolved in favor of allowing smokable hemp, it demonstrates that even hemp-friendly states could limit certain types of hemp in the future.

Because of the still-developing regulatory structures, if your business is thinking of sticking its toes into the hemp waters, here are some of the questions to consider:

Transportation, Storing and Processing of Hemp: If conforming hemp is protected, but non-conforming hemp is marijuana, how will you protect yourself? What steps do you need to take to ensure that hemp is conforming, or at least that you are acting reasonably and in good faith?

CBD and hemp retailers: In addition to the omnipresent CBD and hemp specialty retailers, CBD and hemp products will increasingly be sold in a variety of retailers, both brick-and-mortar and online. Before you sell these products, consider that the FDA currently takes the position that CBD cannot be sold in nutritional supplements and food. It is important that you understand the FDA’s evolving position in its upcoming rules. Also consider how you will protect yourself from the risks that your CBD products contain excessive THC concentrations or were produced from non-conforming hemp.

Media, advertising and marketing: The FDA and other regulators have focused their attention on those making unlawful health claims about CBD products. As the market grows, all companies involved in media, advertising and marketing must try to understand what can be said about any potential benefits of these products and what cannot. That is particularly important for broadcast media, since their FCC licenses may be at risk if they participate in illegally aggressive advertising.

Landlords: Should you rent farmland that could be used in hemp production or retail space to tenants who could sell CBD products? If so, what steps do you need to take to ensure your tenants are operating lawfully? And will you be protected by the coming regulations?

Banks and finance: Should you issue loans that will be secured by hemp crops or CBD inventory? How would you foreclose on, market, and sell the products if you needed to do so, since (as to hemp) you are not licensed to produce it, and (as to CBD inventory) the FDA believes some products cannot be sold? Because of these questions, the American Bankers Association has asked for federal guidance with respect to hemp. Further complicating these issues, Congress has authorized crop insurance for hemp, but it is not currently available.

The loosening future regulations around hemp and CBD create a lot of opportunity, not just for those mentioned above but for science and technology companies, manufacturers and a variety of other industries. However, it is crucial that businesses make sure they understand not just the potential reward, but also the likely risks, as they explore these new avenues.

Click here to view a PDF of the article

2019 Law Journal: Is it time to review your succession plan documentation?