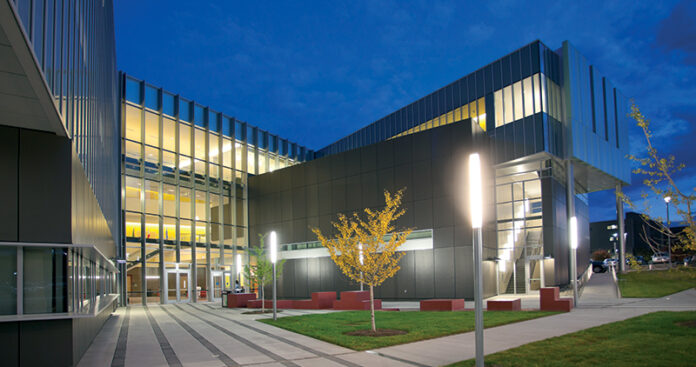 Philanthropist MacKenzie Scott donated more than $150 million to N.C. institutions that she expects to make a major social impact.

The gift from Scott is 10 times larger than the previous record received by the group, says Gethers-Clark, who left Greensboro last month to become chief diversity officer at San Francisco-based Visa. “The impact is game-changing,” she says. “It really changes the dynamic of what we are able to accelerate now.”

Scott, an author and philanthropist, is the third-wealthiest woman in the world after her 2019 divorce from Amazon.com founder Jeff Bezos, according to Forbes. She detailed her decision to give about $4.2 billion to 384 nonprofits and universities in a December Medium article.

More than $150 million found its way to North Carolina, including $90 million for three historically Black universities: $45 million for N.C. Agricultural and Technical State University in Greensboro, $30 million for

Officials at N.C. A&T and Winston-Salem State declined to comment on specific plans for the donations. (See story on Elizabeth City State)

Other nonprofit groups in North Carolina that received donations from Scott include YMCAs in Charlotte, High Point and Raleigh. The YMCA of Greater Charlotte says it was gifted $18 million, the largest single donation in its history. Other YMCAs declined to talk about the amounts or their plans for the money.

United Way of Greater Greensboro turns 100 years old next March. Its service area covers 500,000 people, including the city of Greensboro, where 25% of children and nearly 20% of adults live in poverty. The group’s focus is to break the cycle of poverty by coordinating services across the entire community rather than offering stand-alone programming.

“This money is going to be funding innovations as it relates to generational poverty, solutions that address the root cause,” Gethers-Clark says. “It is really about how do we bring together our community in an innovative way and make strategic and smart investments that really accelerate the work? We believe this grant was to act as an accelerant and to also act as leverage as we continue to engage our community and other funders.”

Meals on Wheels groups in Durham and Raleigh also received support from Scott, including $1.5 million for the Wake County operation. That equates to about half its annual operating budget for delivering prepared food to homebound senior adults in the county, Executive Director Alan Winstead says. Last year, it delivered about 452,000 lunches, a 25% increase from the previous year because of the pandemic, he says. His group has 11 full-time staff, 22 part-time staff and about 150 volunteers.

In three years, the nonprofit group turns 50, and the donation will help provide a plan for its next half-century. Winstead will solicit feedback from staff and community stakeholders to determine the most effective approaches for programming and infrastructure. He foresees reviewing the best practices for nutrition and seeing how the organization can grow its “more than a meal” philosophy. Most important to Winstead is that the group develops a way to sustain any new services or added capacity.

“We want to be intentional with how we spend that money,” Winstead says. “[We want to use it] as a transformative opportunity for us. We are taking our time and really reflecting on how we want to use that money.”

Scott’s gifts were among the largest in the history of U.S. charitable giving. Still, her net worth remains more than $50 billion, including a 4% stake in Amazon, making her the world’s 22nd-richest person, according to Reuters. She married a Seattle science teacher in March. ■